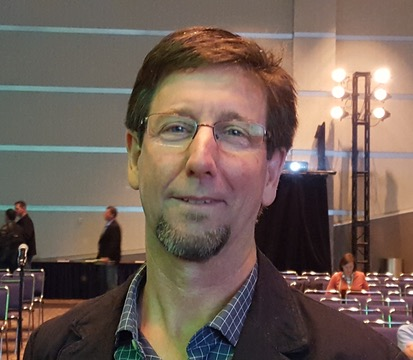 Last October, the Almond Board of California announced new partnerships with Sustainable Conservation, Land IQ and UC Davis researchers to look at ways floodwaters could recharge Central Valley groundwater aquifers. Daniel Mountjoy is the Director of Resource Stewardship for Sustainable Conservation, an organization helping to solve some of the challenges facing our land, air and, most importantly, water.

Mountjoy explained the idea behind the partnership: “The concept is, ‘Can we capture the available peak flows when they’re available from surface supply and recharge the groundwater so that it’s available during dry years when surface flows are under stress from environmental needs and other demands for it?’ ”

The thought is to use surface irrigation water during times of availability in order to flood almond orchards to recharge the aquifers.  This would not only help growers during times of drought, but also benefit those with limited access to surface irrigation.  Mountjoy has found some success in their research.  The initial focus will be on sandy soils, where the infiltration is really fast.

The concept behind the effort has already shown a level of success on a smaller scale.  “In 2011, Don Cameron at Terranova Farms in Western Fresno County captured 3,000 acre feet of water on 1,000 acres of sandy farm land. He infiltrated on pistachios, grapes and alfalfa fields in some fallow land during winter, as well as well into June and July on some of those crops,” Mountjoy said.

Partnerships like these are needed as California begins to fall under the full implementation of the Sustainable Groundwater Management Act.  “What we’re doing with the Almond Board right now is looking for sites in the Sacramento Valley, because there’s more likelihood that we’re going to have water supply there to test the concept. Both UC Davis and Sustainable Conservation are out working with growers,” Mountjoy said.

UC Davis will be working on the crop health aspect, while Sustainable Conservation will be looking into how much water can be put on different crops and what types of management compatibility there is with the crop.  Once a significant amount of data is collected, the next step in the process will be looking towards how to further incentivize the method for growers.  “Any time you recharge an aquifer, it becomes everyone’s aquifer. There’s still not a system in place to credit landowners for the benefit they are providing to their neighbors and to other irrigation pumpers,” Mountjoy said.

There are over one million acres of almonds stretching roughly 500 miles from Red Bluff to the south end of the San Joaquin Valley. Nearly two-thirds of that land is considered moderately good or better in its ability to percolate water into the underlying aquifers.  “We have to prove the viability that you can actually do this on farm land across extensive acres, because that’s really the cheapest solution, rather than buying land, dedicating it to recharge basins and managing it that way without production of crops,” Mountjoy said.