“The Fight for Water” screens at Columbia College in Sonora, California

“The Fight for Water” screens at Columbia College in Sonora, California 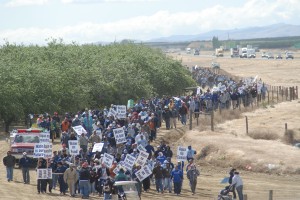 The award-winning documentary, "The Fight for Water: A Farm Worker Struggle", has been invited to screen at 5:40 pm, Saturday, March 8th at Columbia College's Dogwood Theatre  in Sonora, California, as part of the "Official Selection" at this year's Back to Nature Film Fest Series.

Presented by the college's Forestry & Natural Resources Club and the ITSA Film Festival, the screening will be followed by a Q & A with the filmmaker.

The film documents the impact of a federal decision on people living in a Central Valley farming community in the Spring of 2009 when their water supply was cut off and they staged a march to fight for their water. 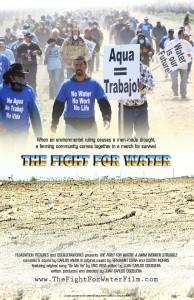 The film proudly tells the humble story of Joe Del Bosque, who came from parents who were migrant farmworkers to become a farmer and a major Ag leader in the California Central Valley.

He was recently thrown into national spotlight when President Barack Obama visited his farm on February 14, 2014 to address the current drought in California.

Hollywood actor Paul Rodriguez, who helped organize the March for Water in the style of Cesar Chavez, and former Governor Arnold Schwarzenegger are also featured in the film.

The documentary film, which serves as a cautionary tale and precursor to the current drought in California, has screened at over 10 film festivals, winning accolades and worldwide recognition. The film was produced by Juan Carlos Oseguera, 40, a San Francisco State University alumnus who has been a published film critic and an accomplished  producer of several award-winning short films.

"People should see this film," stated Lois Henry, a newspaper columnist who reviewed the film for The Bakersfield Californian.  "It's important that we understand that perspective of what the 'Water Wars' mean on a really, really human scale."

This is Oseguera's first feature-length film.