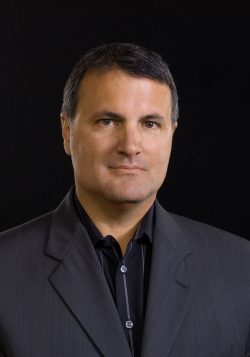 California's State Water Resources Control Board (SWRCB), regulators and environmental organizations want more water diversions to flow into the San Francisco Bay Delta Watershed to help save the declining Delta Smelt and Salmon. They have targeted three tributaries of the lower San Joaquin River; one of which is the Tuolumne River. Phase 1 of the Bay-Delta Plan is a real threat to all Modesto Irrigation District (MID) and Turlock Irrigation District (TID) customers including ag, urban water, and electric.

Michael Boccadoro a spokesperson for the Coalition for a Sustainable Delta, commented on the SWRCB: “They need to be pushed back. They need to be told no.” Boccadoro explained the water in question represents about 400,000 acre-feet taken from communities, businesses and farms. Ironically 400,000 acre-feet is roughly equivalent to the capacity of Hetch-Hetchy Reservoir (360,400 acre-feet) that funnels water, unabated, to San Francisco.

“This is only Phase One of the Boards’ decision,” said Boccadoro. “This is going to eventually encompass the Sacramento River; this is just the beginning. This isn't by any stretch of the imagination the only potential impact agriculture would feel,” he said.

Boccadoro, like other people in the industry, cannot fathom why the SWRCB needs to take this water when it doesn't seem to be doing anything beneficial for the endangered fish species. “This issue of continuing to take water that is providing no benefit—or no clear benefit—for fish, while we do nothing [to mitigate] the other stressors that are having a huge impact on the fish, has to stop,” Boccadoro said.

Boccadoro noted, "It looks like Governor Brown has it in for farmers. We have problems with groundwater and increasing water scarcity in the state, and the result of this [plan] would be increased groundwater pumping—until they tell us we can't pump groundwater. At that point, they are basically telling us, 'You can't farm any more.'"

"It’s a huge problem, said Boccadoro. "For whatever reason, it appears that the Brown administration has declared war on California agriculture. Enough is enough. We need to push back hard against the Water Board's decisions,” noted Boccadoro.

“This is as good a place to fight as any as I can think of," Boccadoro explained. "We need to start the fight and continue the fight, which is the only way it's ever going to be turned back. The regulators and environmental groups must address the other stressors [to the endangered species]. Taking water from agriculture has not corrected the problem.

In the meantime Boccadoro hopes the farmers are taking notice. “I sure hope they're willing to come up here [to Sacramento] and demand that the state not take their water,” he said.