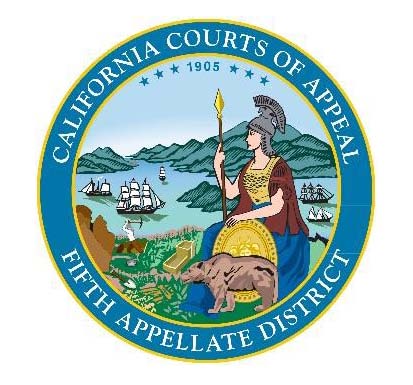 Barry Bedwell, president of the Fresno-based California Fresh Fruit Association, discussed the implications of a unanimous decision on May 9, 2016, the California Fifth District Court of Appeal struck down as unconstitutional a 2002 law that stripped workers of their constitutional right to seek invalidation of unlawful Agricultural Labor Relations Board (ALRB) decisions in Superior Court.

According to a Gerawan press release:

This case arose after a Gerawan farmworker Lupe Garcia filed a lawsuit in Fresno Superior Court in which he claimed that the First Amendment was violated when the ALRB refused to permit him to silently observe the ALRB’s “on the record” proceedings concerning the terms of a contract to be imposed on him and all other Gerawan farm employees. Gerawan Farming supported Mr. Garcia in the Court of Appeal and in the Superior Court, and filed its own action seeking the same relief. The 39-page decision in Garcia and Gerawan Farming, Inc. v. ALRB, Case No. F069896, held that the California Constitution barred the California Legislature from stripping workers of the right to bring claims in Superior Court. In reversing the dismissal of Mr. Garcia’s lawsuit, the Court of Appeal directed the Superior Court to hear the employee’s case.

Bedwell said while this was good news for the farmworkers because they can’t be barred from secret meetings, "it’s even more technical than that. It says [ALRB] cannot deny [farmworkers] the right to sue to be there." Previously, according to Bedwell, ALRB claimed farmworkers "could not sue in Superior Court on this issue of being denied access to the mandatory mediation hearing. This Court of Appeals has decided that was unconstitutional, that [farmworkers] can now move forward and sue under the theory that their First Amendment rights were denied."

"I don’t think [the court decision] solves the entire issue," Bedwell said, "but it clearly indicates the ALRB has really overstepped their boundaries, not only in the case of denying access to these farmworkers, but not allowing the ballots to be counted. What it really indicates is the ALRB is once again denying farmworker rights at a time they should be representing them. This is just more evidence that, unfortunately, the ALRB seems to be more directed towards protecting the union rather than the workers' rights. This is a continuing pattern; it’s clear that the ALRB is not representing the farmworkers, they are representing the union, and that’s unfortunate."

In terms of next steps, Bedwell thinks the ALRB may decide—as a policy—they won’t deny access. He commented, "It essentially may have accomplished what the farmworkers wanted in the whole question—of just being able to observe the mandatory mediation process. These were people who were going to be subject to the [union contract] terms, but the ALRB said, 'Oh no, we don’t want you in. We only want the union representatives in.' That’s pretty poor," stated Bedwell.