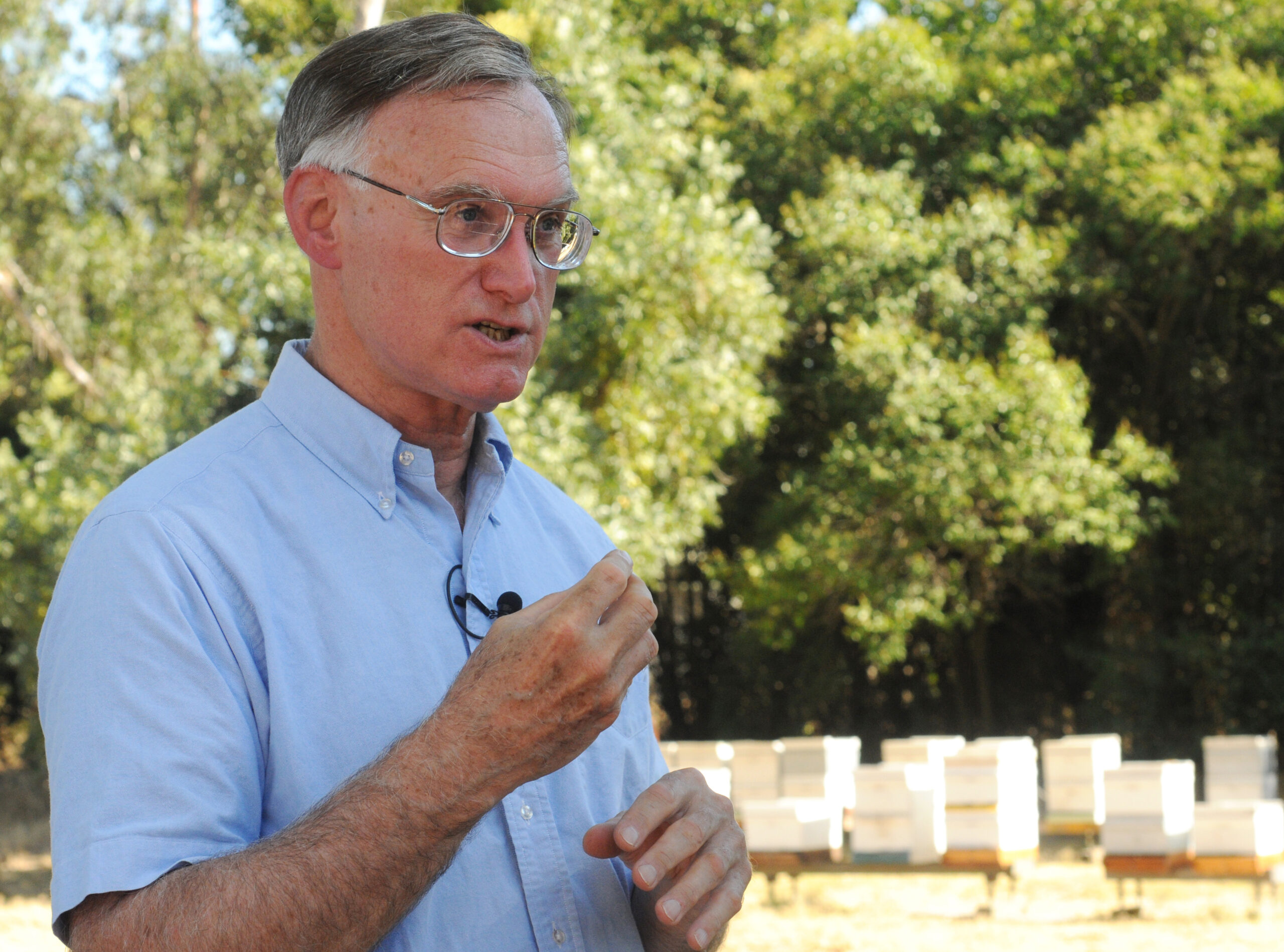 Dr. Mussen, a resident of Davis, was admitted to a local hospital on May 25. He was diagnosed with liver cancer/failure on May 31 and returned to the family home June 1 for hospice care. He passed away the evening of June 3.

“Eric was a giant in the field of apiculture,” said Steve Nadler, professor and chair of the UC Davis Department of Entomology and Nematology. “The impact of his work stretched far beyond California.”

Dr. Mussen, known to all as “Eric,” joined the UC Davis entomology department in 1976. Although he retired in 2014, he continued his many activities until a few weeks prior to his death. For nearly four decades, he drew praise as “the honey bee guru,” “the pulse of the bee industry” and as “the go-to person” when consumers, scientists, researchers, students, and the news media sought answers about honey bees.

“Eric’s passing is a huge loss,” said longtime colleague Lynn Kimsey, director of the Bohart Museum of Entomology and a UC Davis distinguished professor of entomology. “He was always the go-to person for all things honey bee. He worked happily with hobbyists, commercial beekeepers and anyone just generally interested.”

Colleagues described Mussen as the “premier authority on bees and pollination in California, and one of the top beekeeping authorities nationwide,” “a treasure to the beekeeping industry,” and “a walking encyclopedia when it comes to honey bees.”

Norman Gary, a noted UC Davis emeritus professor of entomology who served as a faculty member from 1962 to 1994, described Eric as “by far, the best Extension apiculturist in this country.”

“Eric’s career was so productive and exciting that a book would be required to do justice for his many contributions to his profession as extension entomologist specializing in apiculture, better known as beekeeping,” Gary said. “His mission basically was facilitating productive and reciprocal communication between beekeeping researchers at UC Davis, commercial beekeeping as it affects California’s vast needs for the pollination of agricultural crops, providing helpful information to hobby beekeepers, and educating the general public concerning honey bees. His great professional successes in all areas have been recognized around the world. He has received numerous awards, especially from the beekeeping industry. He was by far the best Extension apiculturist in this country!”

“In addition to professional duties, he enthusiastically tackled other projects for entomology faculty,” Gary said. “For example, he critically reviewed most of my publications, including scientific papers, books, and bulletins. He worked diligently to help create the Western Apicultural Society and later served as president. (Mussen served six terms as president, the last term in 2017.) I especially appreciated his volunteering to moderate a video that historically summarized and recorded my entire 32-year career at UC Davis. And his tribute would not be complete without mentioning that he was one of my favorite fishing buddies.”