Economics Of The Massive and Growing California Almond Industry

Dan Sumner is a Distinguished professor in the Department of Agricultural and Resource Economics at UC Davis, as well as the Director of the UC Agricultural Issues Center at UC Davis.

“Of course, we've seen this coming for a decade. So, we've known that the bearings acreage was going to continue to go up because we've got the non-bearing acreage, and that’ always coming up,” Sumner said. “We don't know for sure how many acres will be pulled, but nobody's surprised that we have a massive crop.” 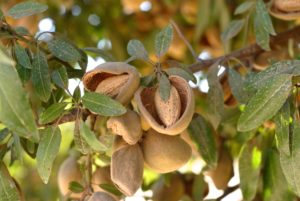 “And we do know as well that even though you can't grow almonds, very many places everybody's trying to figure out whether the can expand outside of California. So,we know it's a world crop and California dominates the world,” Sumner said. “It's not just our additional size of crop, but it's the rest of the world as well. And you can do a few almonds in Australia and you can do a few almonds here and there, and everybody's going to try to figure out they can expand,” he said.

“And so, I don't see any long-term disaster going on and almonds that is to say demand will continue to grow. But the real question is can demand keep up with the very rapid production increases. And the answer is maybe,” explained Sumner.