Today, Senator Melissa Hurtado (D-Sanger) and Congressman David G. Valadao (R-Hanford) released the following statements regarding a letter they sent to Governor Gavin Newsom and the Federal Drought Task Force to ensure that the south Central Valley will be considered in drought decisions:

“California is one state of many, including countries around the world, that is experiencing a drought unlike any other,” said Senator Hurtado. “Farmers of the Central Valley are world leaders and have been at the forefront of the fight against climate change. Support for our farmers equals support for our food—we may not be able to avoid this water crisis, but we can work to avoid a food crisis. There is no room for partisan politics in addressing this enormous challenge. Congressman Valadao, myself, and the Valley Delegation have been working tirelessly to address the needs of our constituents, farmers and farmworkers. We will continue to do so.”

“Central Valley farmers are doing everything they can to mitigate this crisis, and we need you to do everything you can to help them,” said Congressman Valadao. “Senator Hurtado and I understand the challenges both state and federal officials currently face in allocating extremely limited water supplies to meet all the demands of the state. There is no doubt that the agriculture industry can, should, and currently is playing a role in reducing water use during these difficult times. Not only have many farmers in our districts implemented more modern technology and irrigation practices to efficiently use water, but farmers across our districts have already fallowed fields and prematurely ripped out permanent crops in an effort to reduce water use further. We strongly urge you to think about our Central Valley farmers when making critical decisions on drought mitigation.” 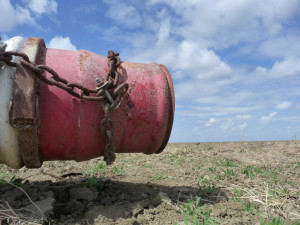 This legislative session, Senator Hurtado has introduced Senate Bill 559–the State Water Resiliency Act of 2021. Senate Bill 559 will allocate $785 million to repairing vital water delivery systems that provide drinking water to communities throughout California and water to sustain the state’s leading agricultural economy. The funds would go to fixing the Friant-Kern Canal, the Delta-Mendota Canal and major portions of the California Aqueduct, all of which have degraded and are losing water as a result of subsidence – the actual shrinking of land.

The Senator is also a co-author of the Water Innovation Act of 2021, which will create the Office of Water Innovation at the California Water Commission-furthering new technologies and other approaches within the water sector. The Senator has also introduced Senate Bill 464, which will expand the eligibility for state funded food benefits to undocumented immigrants, ensuring all residents can access food assistance. Senator Hurtado’s SB 108, which will declare it to be state policy that all people have access to sufficient, healthy food.