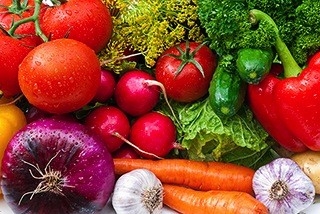 “Why continue to perpetuate misinformation and create another barrier to consumption, when you’ve been shown the negative impact it has on consumers,” says Teresa Thorne, Executive Director of the Alliance for Food and Farming (AFF).  “With only 1 in 10 Americans eating enough fruits and vegetables each day, we should be promoting consumption to enhance immune function and prevent illness, not discouraging it by inaccurately disparaging popular and safe produce.”

Scientifically Unsupportable
Peer reviewed research found that the substitution of organic  forms of produce for conventional forms, as suggested in the “dirty dozen” list, does not result in any decrease in consumer risk because residues, if present at all, are so low.  This study also found that the list authors follow no established scientific procedures in developing this list.

The AFF also asks that reporters, consumers and others review the United States Department of Agriculture’s (USDA) Pesticide Data Program (PDP) Report, which the list authors state they base the “dirty dozen” upon.  The most recent USDA PDP report found over 99 percent of the samples tested had residues well below the safety standards established by the EPA with almost half having no detectable pesticide residues at all.

Discourages Consumption
A peer reviewed study published in Nutrition Today found that misleading messaging perpetuated in the “dirty dozen” list which inaccurately describes certain produce items as having “higher” pesticide residues results in lower income consumers stating they would be less likely to purchase any fruits and vegetables – organically or conventionally grown.

Further, a recent survey among registered dietitians found that 94% agreed that inaccurate, fear-based messaging regarding pesticide residues has a negative impact on consumers because it causes misplaced concern about whether conventionally-grown fruits and vegetables are safe to eat. And, when shown infographics from the “dirty dozen” list authors, an overwhelming 95% of dietitians agreed that the group’s misinformation about residues discourages consumption.

“Fresh, dried, canned and frozen fruits and vegetables comprise the only food group health experts universally agree we need to eat more of to improve health, boost immunities and prevent illness and disease,” Thorne says.  “This recommendation is supported by decades of nutritional science.  Knowing this, why would you choose to perpetuate misinformation about produce safety and raise needless fears among consumers, especially under our current circumstances?” Thorne says.

Consumers who are concerned about residues are advised to simply wash their fresh produce – organic and conventionally grown.  According the Federal Food and Drug Administration, washing fresh fruits and vegetables under running tap water is a healthful habit and can help remove or eliminate any residues that may be present on fruits and vegetables.

“We simply want people to know that whatever produce they choose – organic or conventional – both are safe and can be consumed with confidence,” Thorne says.  “Be reassured that the correct and healthy choice is to always eat more.  Don’t let unfounded safety fears or baseless shopping lists get in the way of healthy eating.”