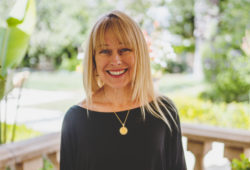 316
SHARES
ShareTweetSend to a friend

How Many Smelt Are Actually At the Pumps?

Delta smelt are poor swimmers. When they have to swim against voluminous outflows, they struggle. They also lack endurance for distance and swimming against currents. This was the result of the taxpayer-funded swim performance test conducted more than 20 years ago. Why is this important?

Delta smelt live in the freshwater/saltwater mixing zone made up of outflow from the fresh waters of the Sacramento and San Joaquin Rivers, and the inflow of saltwater pushed towards that freshwater from the ocean tides. Smelt leave this mixing zone in search of freshwater to spawn, in the late winter to early spring. It is the same time of year when the outflows from the Sacramento and San Joaquin Rivers are at their peak. Recently, water surging out from the rivers was equal to 104,900 basketballs per second!

If the smelt are able to swim against these powerful outflows, they don't go too far, and generally spawn pretty close to the nearest region of freshwater they can find in the delta. However, most smelt being surveyed during spawning are not in the delta at all, rather, in the much smaller waterways to the north where there is a fraction of the freshwater outflow. Twenty-one years ago, UC Davis acknowledged outflows from the Sacramento and San Joaquin rivers are actually too high for the endangered smelt!

Let's jump to the "pumps." They are about 60 miles away from where smelt live in the mixing zone of the Suisun and San Pablo Bays. The pumps capture water at the south end of the delta, where it later flows into storage at San Luis Reservoir. Eventually, it is conveyed south to 2/3 of the state.

Water that is not captured by pumping surges out from the Sacramento and San Joaquin Rivers into that mixing zone. These pumps are routinely throttled back because, according to the Smelt Biological Opinion, smelt are in danger of getting sucked-in and killed. The result of not pumping is huge losses of water for human use and huge increases of outflow from these two rivers into the ocean.

So how many smelt, who lack endurance for long swims according to the swim performance test, are actually surveyed near the pumps and at risk of being liquidated? Every month, a trawl survey is conducted to count smelt and find out where they're hanging out. I pulled up the fish distribution maps for every monthly trawl over a 10-year period. The closest a smelt has been surveyed near the pumps is about 30 miles away from them, seven years ago.

Still, in spite of their own swim performance tests, the opinion is that smelt swim about a 60 mile, squiggly endurance course, destined for the pumps. Remember, they spawn in freshwater, but actually, live back in the mixing zone where they must return. Nonetheless, this opinion is the very hypothesis that ratchets back pumping at full capacity and prevents the securing of water for humans. There are many other facets of the opinion that are questionable as well. Incidentally, just two smelt have been surveyed anywhere in the last 10 months.

Here's the good news. President Trump signed an executive memo in October, requiring the Biological Opinions to be reviewed and updated. The science is well over a decade old. Please notice it is called an "opinion", not a fact. Trump set a timeline and a deadline to get it done too. The assessment phase had to be completed by January 31, and it was. The deadline for the new Opinions to be issued is 135 days after the assessment, which I calculate to be around June 15th. I'm counting.

In the next couple of months, we'll likely be hearing a whole bunch of malarkey coming from the folks favoring water for the sea in the name of fish, instead of for humans and the earth. There will be an uproar when the Biological Opinions are revised to actually help endangered fish, instead of being used as a vehicle to implement an agenda of man-made water shortages, more regulations, increased fees, and new taxes. You will hear misinformation, but you will know the truth.