0
SHARES
ShareTweetSend to a friend
Urgent Letter Signed by 50 Calif. Members of U.S. Congress and State Legislature to Avoid Economic Disaster
California members of the U.S. Congress and California State Legislature issued a letter to President Obama and Governor Brown yesterday. They are urging immediate use of executive authority to mitigate the catastrophic effects of another natural drought exacerbated by environmental regulations to avoid jeopardizing our state’s trillion-dollar economy.
The letter calls for immediate action to improve California’s water supplies in 2014, to work with respective legislatures to develop and implement comprehensive water plans that include additional storage and water rights, and to allocate any unanticipated water supplies to California’s families and farms and not to the Pacific. 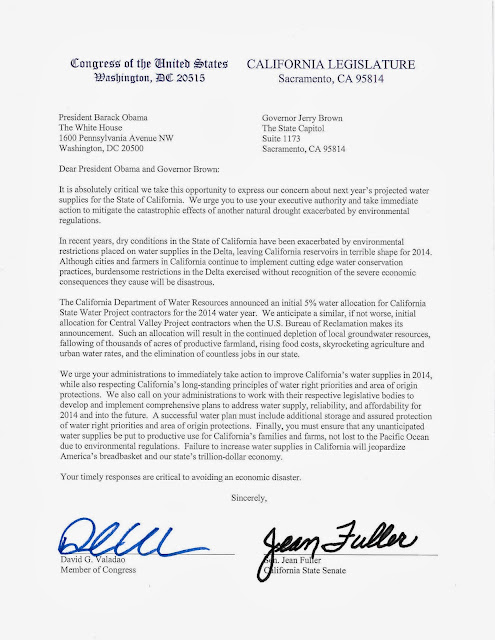 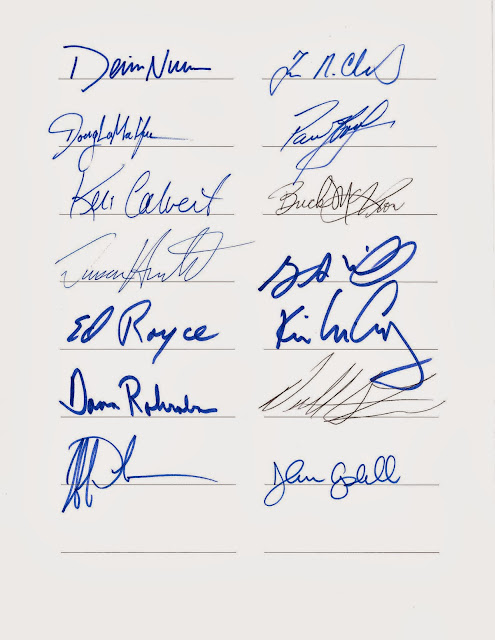 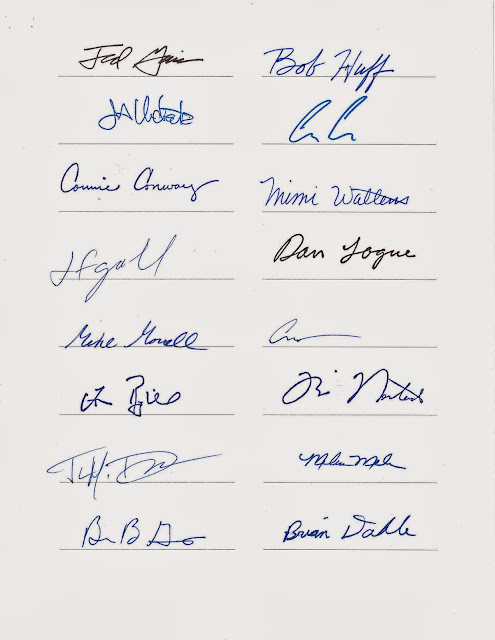 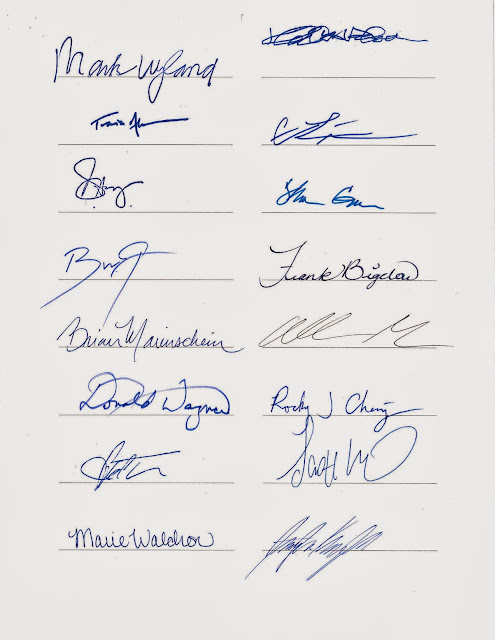 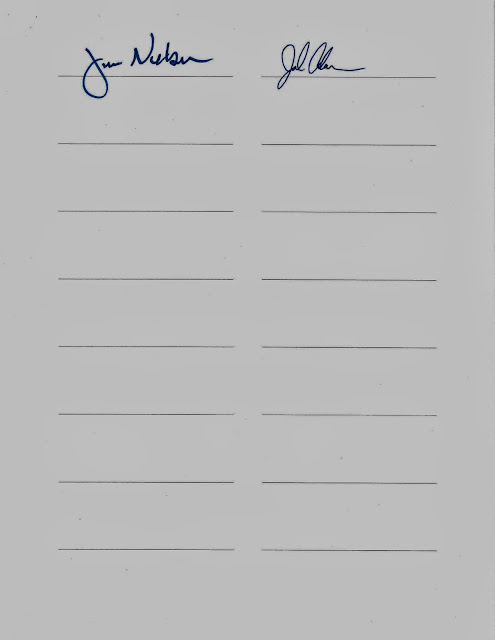 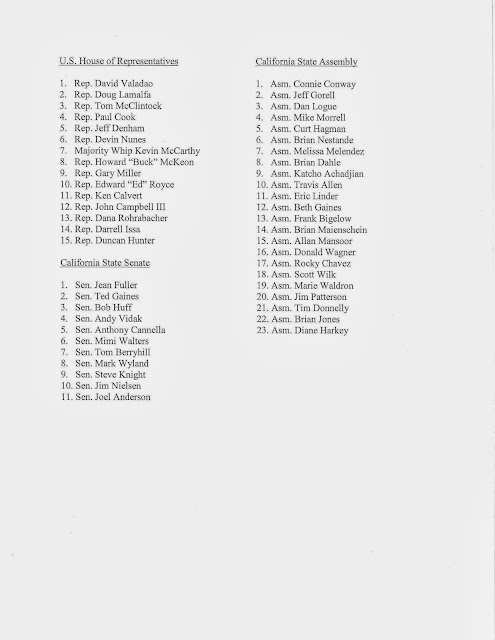