Food Waste Now Generating Power in Many US Cities

Considering that 795 million people around the world go hungry on any given day, it is shocking that many of us throw away food on a daily basis. In fact, one-third of all food produced globally goes to waste each year, amounting to 1.3 billion tons of wasted food with a value exceeding $1 trillion. According to a recently published report by the Food and Agriculture Organization of the United Nations (FAO), global hunger could be alleviated if just 25 percent of the food wasted each year was saved instead.

While food loss along the production line is a large contributor to waste in developing countries, in developed countries, food wastage tends to occur after it reaches the supermarket. This wastage is driven by affluent consumers who stock up their refrigerators with far more food than they can possibly eat before the recommended “best-by” dates. As a result, a large portion of uneaten food is discarded and simply replaced with even more food (which may later go uneaten). 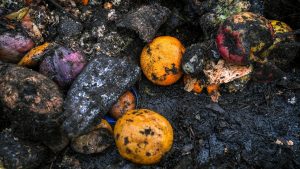 The amount of food wasted varies from city to city, and with only nine of the top 25 most populated cities mandating food waste legislation, there is a lot of room for improvement. The good news: We do have cities leading the effort to reduce food waste across the country.

California has recently introduced a Mandatory Commercial Organics Recycling law that requires all businesses to recycle their organic waste. CalRecycle has online resources that help consumers manage food waste, and it has been conducting workshops in support of a newly proposed Food Waste Prevention Grant Program.

As part of its Zero Waste Initiative, the City of Austin, Texas, recently voted unanimously for a city ordinance that requires all large restaurants (over 5,000 square feet) to separate compostable waste from other waste material.The Home Composting Rebate Program offers consumers a $75 rebate on a home composting system after attending a free composting class.

Businesses in New York City have also heeded the call of a Zero Waste Challenge. Restaurants composted organic waste, trained chefs to improve meal planning, reduced the amount of food produced after peak periods, and donated surplus food to an NGO that provides meals to the city’s homeless shelters. The 31 businesses that participated in the challenge collectively diverted 37,000 tons of waste by increasing recycling efforts, composting over 24,500 tons of organic material, and donating 322 tons of food. Additionally, in July 2016 the city mandated Business Organic Waste program, where qualified business are required to separate their organic waste for composting.

Every year the average person in North America may waste around 231 pounds of food, which if converted to energy, could power a 100 watt light bulb for two weeks. If you extrapolate that for the entire U.S. population, it represents a lot of energy that could be saved right there.

A country with a population of 319 million could waste as much as 74 billion pounds of food a year, which if saved could result in tremendous energy savings that could be put to much better use. But to reduce food waste, these savings need to be implemented from the bottom up rather than the top down, starting in individual homes and businesses in towns, cities, and states across the country. If each and every household and business made a concerted effort to reduce food waste, the collective savings regarding energy would be huge.

TIn recent months a crisis situation in the USA food supply has been growing and is about to assume alarming d...

Do you need more information about disease management in orchard crops? @UCIPM's guide to Fungicides, Bactericides, and Biologicals for Deciduous Tree Fruit, Nut, Strawberry, and Vine Crops has detailed information about material selection and application- http://ipm.ucanr.edu/PDF/PMG/fungicideefficacytiming.pdf

The dairy industry nationwide has embraced the Net Zero Initiative to be carbon neutral across the industry by 2050 while contributing to water conservation and water quality. @timhammerich @KarounDairies @RealCalifMilk

Foundational research for that initiative is happening in California to look at feed production and manure management.

USDA Radio Newsline Focuses Primarily on Midwest Animal Feed Crops They do not ...