Delta Smelt Among Many Reasons for Pumping Constraints

Farmers in the federal water districts of Fresno and Kings Counties were granted only five percent of their contracted water this year; yet they are at risk of getting even less due to pumping constraints. Jason Peltier, executive director of the San Luis & Delta-Mendota Water Authority, a Los Banos-based federal water district explained, “The original forecast had full pumping in June, July, August, and September.

"Because of the temperature constraints and because of the water quality standards," Peltier stated, "we've been operating only one or two pumps. There's just not enough water flowing south to meet the U.S. Bureau of Reclamation's (Reclamation) obligations to the exchange contractors, the [wildlife] refuges and the urban agencies, along with the 5% allocation to the ag services contractors,” he noted. 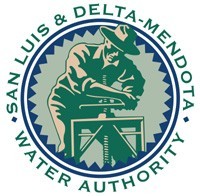 Peltier is concerned for those in the Central Valley, and water agencies are working frantically to find answers. “We're working on it," Peltier affirmed. "We've got a lot of engineers and operators preparing spreadsheets and analyzing both the variables and what changes could be made to avoid lower water levels at San Luis Reservoir.”

Commenting on this year's deliveries, Peltier stated, “No doubt we're in an unprecedented operating environment. Here we are, eight months into the water year, and we just got a temperature plan for Lake Shasta—that is driving the whole operation—the project. Limiting releases like they are in the temperature plan [designed keep the water cold to protect winter-run salmon eggs]—at least we thought—would allow Reclamation to hold the commitments they made. But we're on razor's edge right now,” Peltier explained.

Peltier described how the process is holding up water release, “The National Marine Fisheries Service wants to keep as much water in storage as possible, in order to keep the cold water cool as long as they can. This is all to protect the winter-run salmon eggs that are in the gravel right now, protect them until the weather turns cool and things naturally cool down. Then they can release water. Shasta's been effectively trumped by another million-acre feed because of this temperature plan.”

Peltier further noted that the Lake Shasta temperature plan has not allowed water to flow into the Sacramento River. It has severely impacted growers in Northern California on a year when the northern part of the state received above average rain and snowfall during the winter.

“People diverting off the river in the Sacramento Valley have had their own water level issues. There hasn't been enough water coming down the river to get elevation enough adequate for their pumps. There's been a lot of ground water pumping,” he said.

The nearly extinct Delta Smelt has been a longstanding issue for those affected by California’s drought. After the past five years of sacrifice, even more water is being taken from agriculture and cities to help save the fish from extinction.

“We've got the California Department of Fish and Wildlife wanting significant increases in delta outflow over the summer, supposedly for the benefit of delta smelt, another operational complexity that is sadly not based on any science that we could see. The agencies have their beliefs, and they have the power,” said Peltier.