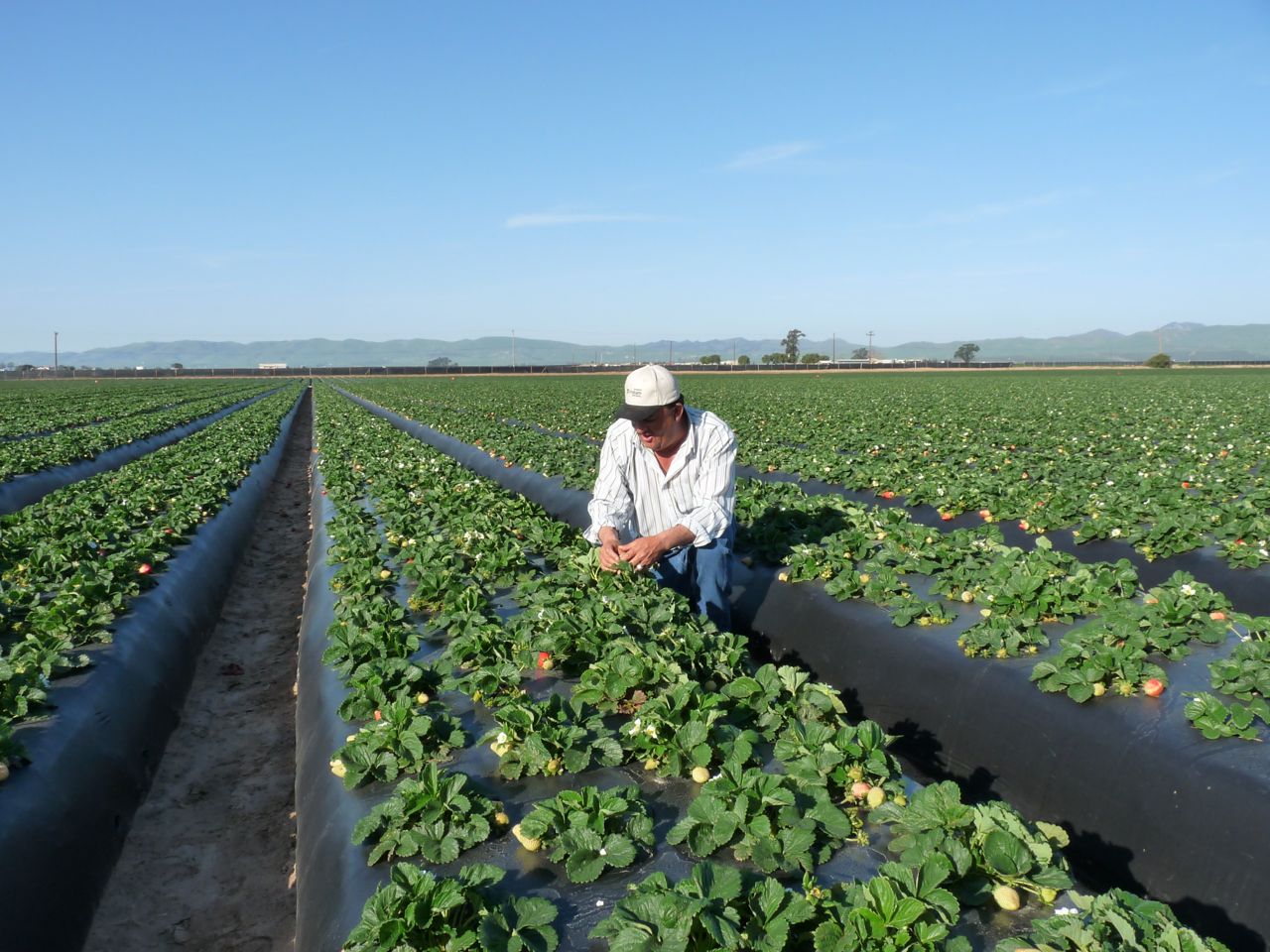 If Sacramento is truly the nation’s farm-to-fork capital, then the state Capitol has an opportunity this week to prove so by putting millions of budget dollars where its mouth is.

Here’s what’s at stake: California’s cap-and-trade carbon tax is expected to generate a cool $850 million next fiscal year. This money needs to be spent on projects that reduce greenhouse-gas emissions.

Gov. Jerry Brown’s budget proposes that $25 million of this nut go toward agriculture. That’s not a ton of funding, but it is direly needed, and would be spent on fertilizer management, methane mitigation at dairy farms, biofuels, farmland preservation, plus other sustainability programs that combat climate change.

The catch is that some Democrats in the Senate and Assembly have the governor’s ag money in their crosshairs. They want to use the millions for their own pet projects: urban infill, mass transit, etc. To that end, both houses of the Legislature have proposed their own budget plans.

This concerns sustainable-agriculture advocates. Since most lawmakers represent urban areas, not rural districts, they fear that farmers might end up losing out on some of the state’s first ag-related funding in years. Lawmaker’s budget deadline is next Sunday, June 15.

“I can’t predict how this will go,” said Jeanne Merrill, a policy director with California Climate and Agriculture Network, or CalCAN. But what she does know is that “you can’t seek agriculture solutions to climate change without protecting land.”

When most Californians think of the fight against climate change, they picture doing so by switching out lightbulbs and not running the air conditioner, or by buying hybrid cars and driving less.

He concedes that 7 percent is “not very much compared to electricity use and cars.” But it can make a dent. “Every little bit helps.”

For sure, agriculture has definitely been part of the mix when California’s leaders look at ways to reduce emissions and meet the celebrated Assembly Bill 32’s global-warming goals.

“Natural- and working-land strategies to reduce greenhouse gases aren’t at the top of the list in the building,” said Merrill, “but I think we’ve seen good progress.”

Harden and others aren’t saying we should stop using fertilizers, however. Farming is too complex and vulnerable to advocate for that, he said. The state does encourage farmers to adopt greenhouse-gas-mitigation tactics on a voluntary basis.

Brown’s budget would allocate $5 million to research ways to improve fertilizers and manage their emissions. Again, that’s not a huge chunk of change. But it’s needed, experts say.

“There are a 400 different kinds of crops in California, with different soil and different watering systems,” said Karen Ross, head of the California Department of Food and Agriculture. She argues that there’s “a huge need to develop a research road map” for how to manage fertilizers, and this funding will help pave the way.

But the feud over farm-to-fork’s funding future is over more than just fertilizer.

Democrat leaders in the Assembly have a different plan. They want to split the $850 million in cap-and-trade money into two pots: Some of this would eventually go toward reducing agricultural waste and “carbon farming,” a method of reducing emissions that is popular with farmers. But there aren’t any guarantees, and critics of the Assembly plan remain uncertain that money will be set aside for priority projects.

The governor’s plan would be managed by Ross’ Department of Food and Agriculture, while the Assembly’s would be under the Strategic Growth Council’s purview (of which Ross is a member).

Over in the Senate, lawmakers recommend setting aside a specific amount of the cap-and-trade revenue, $30 million, but for nonspecific emissions-reduction and water-efficiency projects. This plan builds off the governor’s drought bill, and the California Wildlife Conservation Board would oversee it.

Sustainable-ag groups put up a good face and say they are happy to have any state monies. “We want to make sure some funding goes to agriculture,” Merrill said. “And we’re pleased all three proposals recognize the agriculture as a solution to climate change.”

In a perfect world, however, farmers and advocates would like to see more investment in farmland preservation. This means investing in ag land and ending sprawl policies.

“If you look at the rate of emissions for an urban area, they tend to have 70 times higher emissions than your typical plot of agriculture land,” said Harden. This means that the more farmland conservation takes place, the more Sacramento and the rest of the state can stabilize—and hopefully reduce—emissions.

But, no surprise, conservation often takes a backseat to industry. This is why a large piece of the governor’s budget, $12 million, will go to big-time dairy producers, who hope to install pricey digesters to reduce methane emissions.

That’s not a bad thing. And Ross says it’s a priority, “considering that we have almost 2 million dairy cows in the state and only a handful of dairy digesters.”

But she also advocates for strategic growth, conservation and sustainability: investment in modernization of water irrigation, renewable energy on farms (more than 5,700 state farms primarily use renewable energy, she said), alternative fuels and soil health.

“We can do all these things, and we know they’re the right things to do,” Ross said. But it comes down to money and time.

“When I think about the next generation, I think we’re really going to see tremendous change,” she said.