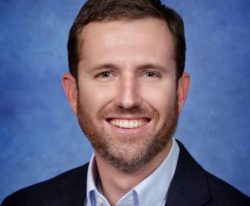 Citrus harvest has progressed well, and many markets have remained strong despite the pandemic. Casey Creamer is the President and CEO of California Citrus Mutual, a voluntary non-profit trade association advocating for commercial citrus growers on matters that affect their economic livelihood.

“We're in a much better position than we were a couple of years ago. Prices are a little bit better. I think the pandemic has unfortunately been a good thing for the citrus market," said Creamer.  “We've seen it improve pricing as consumers have shifted buying habits to more retail and cooking at home. And that's been a positive factor for many of our commodities, but not all of our commodities. Lemons specifically, a lot of lemons are destined for food service. And so that has been the low spot of the citrus market.”

“Overall pricing and movement have been improved since the start of the pandemic. It's cooled off a little bit as of late, but, we're also ramping up into production. So we're optimistic about continuing for the rest of the season, but overall we're in a better position than we were just a couple of years ago. And finally getting to a place where growers can make a little bit of money,” said Creamer.