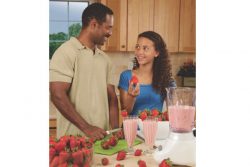 O’Donnell said supplies should be plentiful in the grocery store. “We probably have more fruit this time of year than usual probably because rain this past winter delayed harvest, which was good news. Now we're just working our way along. Folks in the Watsonville areas are also beginning to start preparing their other pieces of fallow ground so that they can plant around Thanksgiving and produce next year's crop,” she said.