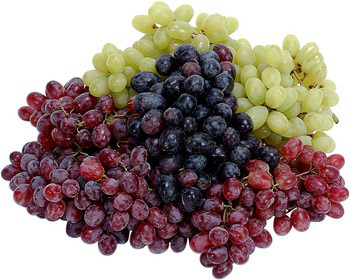 Harvesting California table grapes is going strong. Many different varieties are being picked, and boxed in the vineyard and sent to the cooler for market.

“We’re harvesting in the San Joaquin Valley now, and just finishing up in the Coachella Valley,” said Kathleen Nave, President of the Fresno-based California Table Grape Commission. "The grapes are moving quickly into the marketplace in the US, Canada and around the world."

“Mother nature has been kind so far with respect to the quality and the weather.” said Nave.

California Table Grape Commission is implementing a Grapes From California marketing campaign to connect with consumers around the world, as well in the U.S., focusing on usage, or ways in which grapes are consumed, and health benefits.

“We have brand new television commercials airing on the Food Network,” said Nave, “and we have Food Network magazine ads in the U.S. and similar ads in other parts of the world,” she added.

Nave said that the state's grape growers have been amazing, producing two record crops, back-to-back, and now maybe a third. “So in 2012, we crossed the 100 million-box mark for the first time, and in 2013 ,we took a very big, unexpected jump, to 117 million. Our estimate for 2014 is just slightly higher than last year's estimate,” said Nave.