California Hemp Industry in the Making 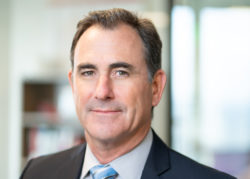 California Hemp Industry in the Making

California hemp growth registrations skyrocketed in 2019 due to federal decriminalization and a nationwide demand for hemp-derived products. A full-fledged statewide hemp industry has not quite arrived however, due to new regulations and limitations placed on hemp-based CBD products.

Hemp is defined as cannabis with extremely low concentrations of THC (not more than 0.3 percent on a dry weight basis). The Food and Drug Administration (FDA) prohibits CBD in food, beverages and cosmetics, regardless of whether the CBD is derived from cannabis that includes THC (the psychoactive constituent of cannabis) or from hemp.

On Oct. 29, the U.S. Department of Agriculture (USDA) released its long-awaited interim rule for domestic hemp production, which is a key step in implementing the 2018 Farm Bill and allows the USDA to approve hemp production plans developed by individual states. California is in the process of creating such a plan, and once it is approved, the state’s hemp industry is expected to expand.

During the past year, California’s fledgling hemp businesses have waited patiently for the federal interim rule and closely monitored two bills that state legislators introduced to take advantage of a vast new hemp business opportunity. As the legislative session came to a close, results on the bills were mixed.

In mid-October, Governor Gavin Newsom approved SB 153, which modified California hemp regulations so that they would align with the anticipated interim rule. In contrast, state lawmakers failed to decide on AB 228, which would have legalized the statewide manufacture and sale of food, beverages and cosmetics that include hemp-derived CBD. The bill died in the Senate Appropriations Committee without a vote.

Following the lead of a handful of other states, including Colorado and Oregon, California Assemblymember Cecilia Aguiar-Curry (D-Winters) tried to address the federal CBD disconnect through AB 228. AB 228 contradicted the FDA, which deems products with CBD as “adulterated,” and prohibits them from being introduced into interstate commerce.

The FDA’s position is based on its decision to approve CBD as an active ingredient in the pharmaceutical drug Epidiolex, which treats a rare form of epilepsy. In turn, the FDA deems CBD to be like all other active drug ingredients, which may not be added to food and dietary supplements. Aguiar-Curry vowed to bring back AB 228 in early 2020.

Thus far, the California Department of Public Health (CDPH) has followed the FDA’s restrictions on CBD. Meanwhile, one can find hemp-derived CBD wellness products in small health food stores, as well as large chain supermarkets, which has caused confusion among consumers statewide.

The FDA and CDPH prohibition is seen by many as inconsistent with the spirit of the 2018 Farm Bill, which generally approved the production and sale of hemp, as well as the interstate commercial transfers of hemp and hemp products, including hemp-derived CBD. The Farm Bill decriminalized hemp by removing it from the Controlled Substances Act, but the bill did not remove marijuana. The federal government has long described marijuana as cannabis that includes more than trace amounts of THC. California, however, regulates a commercial cannabis industry separate from hemp.

Representatives in Congress are starting to awaken to issues surrounding the FDA’s CBD prohibition. Senate Majority Leader Mitch McConnell has taken baby steps to resolve the problem. In mid-September, McConnell introduced a bill that could result in the FDA adopting a more lenient framework for hemp-derived CBD products. Specifically, the legislation directs the FDA to issue “an enforcement discretion policy” that would give the agency latitude and possibly lead to recognition that CBD products are safe.

Legislative hiccups and regulatory confusion aside, the California hemp industry is gaining momentum. Q3 statistics from the California Department of Food and Agriculture show that the number of registered hemp growers in California increased from 74 in June 2019 to 292 as of August 26. In addition, there are now at least 629 registered hemp cultivation sites and 17,571 acres associated with growers and seed breeders.

Under the 2018 Farm Bill, counties may only allow limited cultivation pilot programs until the USDA confirms that their state’s hemp plan conforms with federal rules. However, until the USDA’s interim rule issuance on Oct. 29, there was a chicken-and-egg problem. California and other states have struggled to draft federally compliant hemp plans not knowing exactly what to expect in the interim rule. As a result, at least half of California countries have temporary bans or restrictions on hemp cultivation.

The federal interim rule clarifies states’ hemp regulation responsibilities, including practices for record keeping, methods for testing hemp to ensure that it is below the legal THC limit, and plans for the proper disposal of non-compliant hemp. In addition, the interim rule makes it clear that states and Native American tribes may not prohibit the interstate transport of hemp that has been legally grown under federal and state laws.

California is said to now be working on its hemp conformance plan. SB 153 aids that effort by adding testing, enforcement, and other administrative provisions and extending the state’s deadline for completing a federal hemp conformance plan from Jan. 31, 2020 to May 1, 2020.

Rob Selna an attorney for Wendel Rosen, with offices in Oakland an Modesto. He  is  an active member of the firm’s Land Use, Real Estate, and Cannabis practices, and represents clients in a wide range of transactional and regulatory matters. He chairs the firm’s Cannabis practice group and frequently writes and speaks on related legal issues.