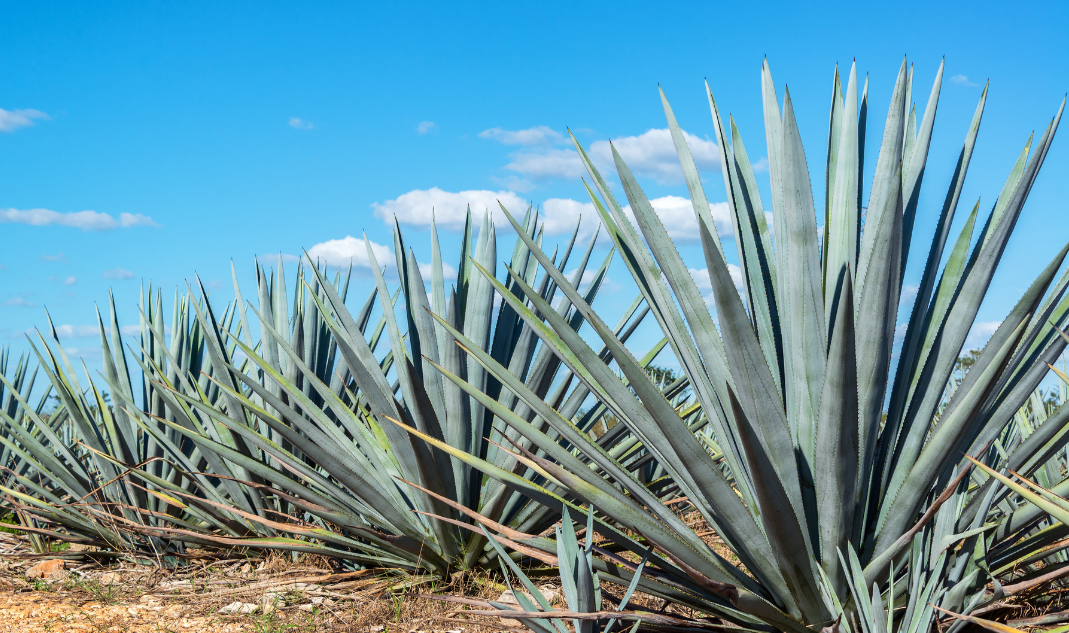 How bad is California’s drought? Bad enough to make farmers turn to tequila.

About 40 farmers and distillers gathered last week at an inaugural agave symposium at the University of California, Davis, to explore the prospects of growing agave in California and making alcohol from it.

Stuart Woolf, who grows almonds, pistachios and tomatoes, has a 1.5-acre test plot of about 900 agave plants at his farm on the southwest side of the Central Valley.

“Can we grow a bigger plant, with more sugar, with drip irrigation just using a little water?” he’s asking. “More distilled spirits per acre than they can in Mexico?”

Agave isn’t an ideal crop — like grapevines and nut trees, it takes several years to mature to the point where it can be harvested. And unlike grapes and nuts, once it’s harvested, that’s it — you have to plant a new one if you want more.

But it uses far less water than those crops. In Mexico it often isn’t irrigated at all. Early estimates are that agave in California can thrive on less than 1.5 inches of water per acre per year, compared with 48 inches for almonds. It could be a good crop for areas that are being taken out of production due to water shortages.

“That’s kind of the excitement, is here’s a crop that generally doesn’t need much water,” said UC Davis grape-growing, wine and chemical engineering professor Ron Runnebaum, who organized the one-day event. “We just need to understand if we can do something similar in California, considering our different growing conditions.”

It’s a sign of the times. The latest drought is entering its third year, right on the heels of another one that ended in 2016.

Southern Central Valley farmers are by now accustomed to receiving little to no water from the system of canals and reservoirs that was built to supply 3 million acres of farmland, but the shortages are spreading further north than usual, affecting rice as well as tree and row crops.

“I think that when we look back at 2021 and 2022, we will determine that it was the two-year period that broke our water supply system, exposing all its shortcomings,” said Jeffrey Mount, a senior fellow at the Public Policy Institute of California’s Water Policy Center.

Endangered-species rules that the Trump administration approved to make it easier for farmers to pump more water during wet periods are still in effect, but it’s been too dry for them to apply. Last year’s infrastructure law has billions of dollars for Western water projects, but the biggest storage proposals have been stuck on the drawing board for decades. California farmers are also facing looming restrictions on groundwater pumping that could force half a million acres of irrigated land out of production.

All those factors are driving interest in drought-tolerant crops like agave, particularly as a way to get some value out of the land that’s already being fallowed due to water shortages.

“This is all about adaptation at some level,” Woolf said. “I’m not going to bet on the state to adapt and figure out our problems. I’d rather be making my own decisions on figuring out how to do it.”

To be sure: This is all very nascent. Woolf estimates there are only about 40 acres of agave in California, and only 10 of them old enough for harvesting. Don’t bet on agave just yet.

By Farm Credit Alliance Almonds may be California’s second-largest crop, bringing in $5.62 billion in sales i...

By American Frozen Food Institute Testifying on June 14 before the U.S. House of Representatives, Bill Smittcamp, ...

Members note successful projects in celebration of National Pollinator Week By Almond Board of California A year ...

Happy #NationalDairyMonth!
🐄🥛🧀🍦
#FCFB encourages you to celebrate by purchasing products with the Real California Milk Seal.

By Debra Kahn, Politico How bad is California's drought? Bad enough to make farmers turn to tequila. About 4...