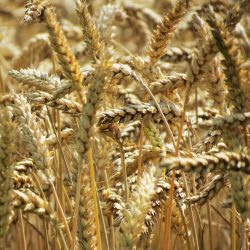 24
SHARES
ShareTweetSend to a friend

Northern California farmer John Duarte spent years fighting the federal government after being fined for routine plowing on his wheat field which included protected wetlands. He attracted a nationwide army of conservative supporters who saw it as government overreach and hoped the Trump administration would order federal officials to back off.

But just before his trial was set to start Tuesday in U.S. District Court in Sacramento, Duarte settled, admitting no liability, but agreeing to pay $330,000 in civil penalty fines and another $770,000 for “compensatory mitigation,” in vernal pool mitigation credits.

In a press release TODAY by John Duarte and Pacific Legal Foundation (PLF), John Duarte said, “This has been a difficult decision for me, my family, and the entire company, and we have come to it reluctantly. But given the risks posed by further trial on the government’s request for up to $45 million in penalties, and the catastrophic impact that any significant fraction of that would have on our business, our hundreds of employees, our customers and suppliers, and all the members of my family, this was the best action I could take to protect those for whom I am responsible.”

“John would have preferred to see this case through to trial and appealed the court’s liability ruling, which holds that plowing a field requires federal permission — despite the clear text of the Clean Water Act and regulations to the contrary,” said Tony Francois, senior attorney, PLF.  “John and his counsel remain concerned that legal liability for farming without federal permission undermines the clear protections that the Clean Water Act affords to farming and poses a significant ongoing threat to farmers across the nation.”

The court will hold a hearing in approximately 45 days to approve the settlement.  In the meantime, the trial that was to begin today has been canceled.