The Biological Products Industry Alliance (BPIA) was started 16 years ago for only five biopesticide member companies. Now there are 129 member companies and membership ranges from manufacturers of biopesticides and biostimulants to service providers, marketers, distributors, and anybody who touches this industry. 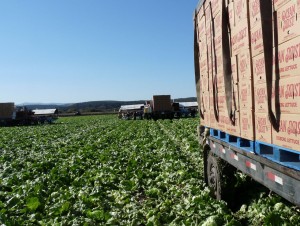 Keith Jones is executive director of the BPIA. He said during a recent meeting in Rochester, NY, that the alliance is growing.

“The running theme for the event was the growth of our association, the growth of the industry, and much of that is driven by consumer demand, regulatory pressures, and just a real move towards a sustainable future in agriculture and other markets where biological products are used,” Jones explained.

Biological products got their start in commercial agriculture, such as fruits and vegetables but have grown in demand by other markets like golf courses and ornamental operations. Among the earliest biologicals used in production agriculture are B.t. products.

Biologicals are all part of integrated pest management and can be used during different parts of the production season, where conventional products are not labeled for use.

Biologicals can be used at the onset of a growing season and when getting close to harvest, because there are less or no pre-harvest intervals.

“What's great about biologicals is that most of them have multiple modes of action, so it's very hard for the pests to become resistant to that,” said Jones, adding that, “There are many benefits of biologicals, and their acceptance is growing rapidly.”