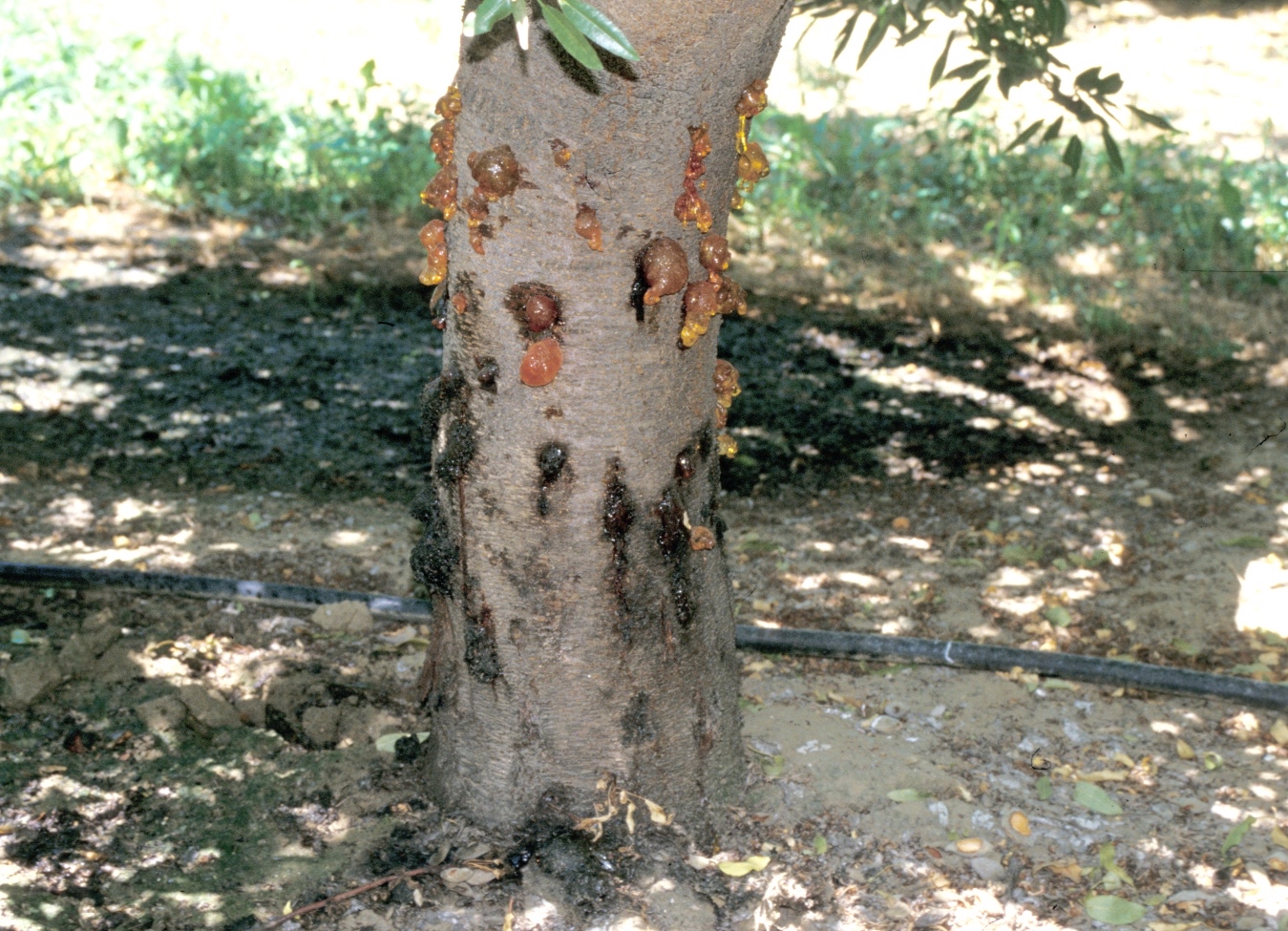 “I’ve seen a lot more band canker, which is caused by a pathogenic fungus, Botryosphaeria dothidea, and we’re seeing it on young orchards, especially in in San Joaquin county,” said Holtz.  “We’ve seen that a lot out in the delta and we’ve seen it in eastern San Joaquin county where the soils tend to be a little heavier, maybe old dairy ground and richer and we don’t really know why.”

It’s starting to show up in the orchards that have not been shaken yet, as a wound needs to happen before the infection sets in.

“Some of these orchards with symptoms tend to be trees that are growing very vigorously, and we suspect maybe that they’re growing so fast, growth cracks are created that the fungus may have got in and caused the infection.”

Trees with band canker on the trunk may not survive. And band cankered scaffolds have to be removed, which affects the tree’s architecture and will reduce yields.

There is evidence that micro sprinklers hitting the trunk could also increase the start of an infection.

“It seems to be showing up a little higher concentration where it was on a micro sprinkler irrigation system, where the sprinkler was actually hitting the trunk,” Holtz said. “We don’t seem to see it as much in orchards with a drip irrigation, so we are advising growers to consider drip or to put a splitter in their micro sprinklers so it can avoid wetting the trunk repeatedly with each irrigation.”