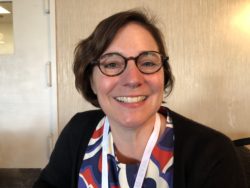 “We were founded in 1883, and we represent all different kinds of seeds. So amongst our 700 members, we have row crops, vegetables, grasses and forages, and also conservation seed,” DeMarchi said.

And the seed trade association was created out of necessity when those in the seed sales industry were upset that the USDA was giving away free seed.

“Regionally in its history, USDA used to give away seed. And so there was a feeling amongst businesses that were selling seed that is was not appropriate for the government actually to be giving away seeds. So I think that it was the impetus for founding the association way back in the day,” said DeMarchi. “But now we deal with a wide range of issues that are related to the seed industry. We have such a diverse group of members, so within each of those different crops, there are different issues. And then there are some overarching things that we're working on as an association.

California is a hotbed for the seed industry concentrated in the Salinas Valley. ASTA has several companies that have operations there within the tomato, broccoli, onion, and carrots. “These are some massive seed industry players that are working in California to support the California industry,” said DeMarchi.

And one of the things that are so interesting also about the vegetable seed production that goes on in California is that the U.S. is both the most significant market and the biggest exporter seed. “And some of those seeds might take a path of moving between several countries before they are commercialized. And then they may be processed in California and then shipped out to Mexico and Canada or other places to be grown for their agriculture sector,” DeMarchi said.