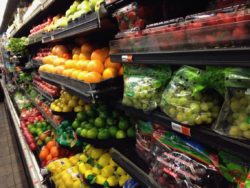 90
SHARES
ShareTweetSend to a friend

After Nearly 25 Years, It's time to Advocate for Consumption

There is so much good stuff to say about organic and conventional produce, from studies which clearly show the safety of both to decades of research that illustrate the disease-prevention aspects of these nutrient-dense foods.  Plus, farms and farming companies continue to develop innovative, convenient fruits and vegetables, which are helping to increase consumption.

But while we are making some headway, only one in 10 Americans eat enough produce according to the Centers for Disease Control.  Why?  Because barriers to consumption still exist. One of those barriers is safety fears generated by certain groups who inaccurately disparage the more affordable and accessible forms of produce.

Among the longest and biggest offenders comes from an activist group that annually releases its so-called “dirty dozen” list.  Since 1995, this group’s fear-based ‘marketing against’ tactic disparaging the most popular produce items has been used in an attempt to promote purchasing of organic products.

Look, we completely understand advocating for your members when the information is credible and the science is strong.  The AFF advocates on behalf of organic and conventional farmers of fruits and vegetables and the safety of their products every day.  But when you raise unfounded fears based upon unsupportable science about the only food group health experts universally agree we should eat more of, it is time to revisit your approach.  Especially when peer reviewed research is showing this tactic may result in low income consumers stating they are less likely to purchase any produce—organic or conventional—after learning about the “dirty dozen” list.

Put another way, according to these research findings, this activist group may actually be marketing against their own constituents’ organic products by releasing this list.

To summarize, the “dirty dozen” list is scientifically unsupportable, it may negatively impact consumers’ purchasing decisions, and it’s possibly even detrimental to the very products the list authors are trying to promote.   After almost 25 years, it is time to retire this tactic in favor of more creative “marketing for” strategies that encourage consumption and doesn’t scare consumers.