Almond Leafout Problem Is Not Widespread 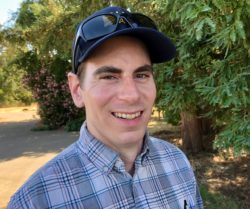 Almond Leafout Problem Is Not Widespread

Leafout Problems In Almonds Not New

By Patrick Cavanaugh with the Ag Information Network of the West

The leafout problem in almonds has been around a couple of years, throughout Northern California, said Luke Milliron, a UCANR orchard system, farm advisor serving Butte, Glenn, and Tehama Counties.

Milliron explained that the leafout problem in almonds is not exactly new. “Some of these orchards have actually had the problem for a number of years now. Dani Lightle former advisor in Glenn County observed a number of orchards in Tehama County with the problem and going back to those same orchards this year, she said some of those growers say that it's been getting worse in those blocks and the trees really don't look good,” Milliron said. “But it's certainly not something that's affecting, for example, every Monterey tree, which is usually more susceptible to the problem.”

“There are orchards across the state that looked fabulous, so it's highly variable between blocks and within blocks it might only be a low percentage of the trees being affected,” Milliron noted.

The reason for this disorder is not really widely known, but there are theories.

“Having warm winters and potentially this problem being in those varieties because of some genetic predisposition. Plus, why are we seeing it on some trees and not others? Well, maybe those trees had other stresses such as Anthracnose or mites or some other stressor at play that led them to be pushed into this stress, vegetative leaf failure state,” Milliron said.