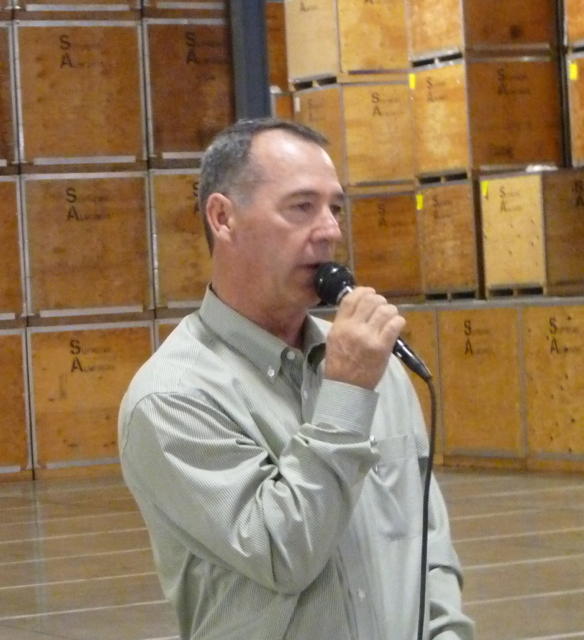 At a recent drought forum, California Ag Today spoke with Mike Mason, an almond grower and partner with Supreme Almonds near Wasco, as well as  chairman of the Almond Board of California. Noting breakthroughs in the almond industry, Mason said, “Facts bear out that we use 33 percent less water today than we did 20 years ago for every pound of almonds grown. There’s no reason  not to expect a similar result over the next 20 years given the ongoing research and funding we do through the Almond Board. We will continue to become more and more efficient, not just with water use, but with fertilizer and everything else we do in farming as well,” said Mason.

"Keep in mind that almonds, like all flowering plants, transpire 95 percent of the water they take up," said Mason. "Water moves through the vascular system of the plant and exits the stomata of the leaves. When the stomata open, pure water exits and carbon dioxide enters the leaves. The carbon is used in photosynthesis to make carbohydrates that enable the almond almond tree to produce almonds. It's all part of the universal water cycle that enables life to exist on the earth!"

Though current public opinion on water use seems to focus on almonds primarily, Mason remains confident that the facts will speak for themselves. It is simply a matter of getting the information out there. Mason elaborated, “We've got to go back to education because there are so many ways of comparison, and it is pretty hard to refute some of the things people are saying out there. But I think, over time, as we get the facts out there, public perception will be different."

Because almonds are proving to be profitable at the moment, other countries are starting to take notice and planting more almond orchards of their own. Currently, California accounts for about 80 percent of the world’s supply of almonds. Mason believes, in spite of increased international competition, California will remain a world leader. “I wouldn’t call it a threat;" he said, "it is more like an opportunity than anything else. I think California will continue to be the world’s supplier, but there are other areas around the world where almonds can be grown, and that’s perfectly fine,” said Mason.

American consumption of almonds has increased roughly 220% since 2005. As a result, almonds have become the most-consumed nut in America, after  surpassing that of peanuts. This explosive increase in demand has been the driving force for almond production expansion.

Now, almonds cover about one million acres in California. On maintaining this level of success, Mason commented, “Markets go up, and markets go down. There are all kinds of different factors that cause these fluctuations, from oversupply to environmental issues. We think we have a bright future with a healthy product. Time will tell," he said.