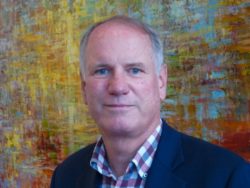 Diversification is a strength, Richard Waycott, president of the Almond Board of California, told California Ag Today recently. The Almond Board of California is a nonprofit organization that administers a grower enacted federal marketing order under the supervision of the U.S. Department of Agriculture. When it comes to any losses due to a tariff war in China, the almonds can be redirected to other countries.

“It’s fortunate to be as diversified as we are. Always a strength of this industry is the diversification of our overseas markets,” Waycott said. “I think whatever volume we ultimately do lose—if we do lose volume to China—can be redirected and absorbed by other markets.”

The USDA has opened up a direct payment program to the almond industry if growers were to lose any money in a tariff war.

As those programs were announced, by far the largest piece of the pie, $6 billion, initially was directed to the soybean and corn growers and livestock, while the specialty crops were completely left out of it.

“We got together with the Almond Alliance of California and some of our industry members made a very concerted effort while there was still time to do so before the rules around these programs and those that got to participate were set in stone and were able to convince the powers that be ... to open up to the direct payment program to almonds, and the sweet cherry industry did the same,” Waycott explained

Waycott also commented on the epic frost that hit almonds this past spring. And he is not sure of the impact on the crop.

“We realized that we don't understand the impact of frost on almonds all that well because we saw one side of the street there was quite a bit of damage, while on the other side there was no damage. So I think there's mother nature at work here that, you know, we don't necessarily completely understand,” Waycott said.