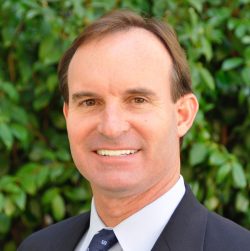 Biomass electrical plants are shutting down in California. Eric McAfee, Executive Chairman, CEO, President and Co-founder of Aemetis Inc., is a company using biomass technology to create ethanol. Due to government incentives, some forms of energy are less expensive to operate.

Aemetis is constructing a 45 million-L-per-year cellulosic ethanol facility outside Modesto.

“The problem we have is that the biomass to energy business makes electricity, and that electricity is being replaced by solar energy and wind energy, which is funded by a 30% federal tax credit,” McAfee said.

The Biomass energy producers have a hard time competing with the reduced prices because the government has support.

Biomass electrical plants have closed, and more will follow.

“About 60% of the plants in California already shut down, and it's estimated that over 70% are going to be shut down by the end of this year,” McAfee said.

“Biomass in the form of orchard waste, vineyard waste, even forest waste has a very valuable opportunity to become the fuels that can go directly into California,” McAfee explained.

Biomass can be synthesized into fuel. McAfee and his team were able to make the molecules in orchard wood and put them into a synthesis gas. They then put those molecules back together and fed them to a microbe that, in turn, produced ethanol.

“We are taking orchard woods, and we are producing liquid fuels that are very valuable in California because they are high in oxygen, so they burn more cleanly than gasoline, and they're high octane, so they make the engine perform,” McAfee said.