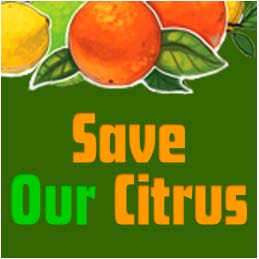 Given multiple ACP detections in California this year, Blakely used Florida's ACP catastrophe as an example of how devastating the pests can be. “We are challenged here in California with ACP," Blakely began, "which vectors the fatal disease known Honglongbing, (HLB), also known as citrus greening. But, it is nothing like what they are dealing with in Florida, since HLB [the disease itself] was discovered there less than ten years ago. “Florida's citrus acreage, which measured just under 1 million acres prior to the calamities they’ve been facing," said Blakely, "has been reduced by almost 50%."

While occurrences of Citrus Canker Disease as well as urbanization also contributed to the reduction in acreage, Blakely stated, “the big killer, citrus greening, is mostly responsible for the reduction of citrus acreage to the lowest level in decades."

Because Florida has become so infested with ACP and HLB, reestablishing the industry there will take some time. “They are replanting and trying to replant healthy trees," Blakely explained, "but they know those trees are short-lived compared to trees in California. We have hundred year-old groves. Florida farmers are just hoping to raise those trees and get a few years of production out of them before HLB re-infects them and they must be replaced again,” said Blakely.