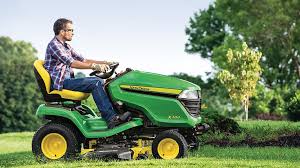 By Mike Stephens with the Ag Information Network

The bill, AB 1346, directs California’s Air Resources Board to draw up regulations that will go into place by 2024. It bans the sale of new SOREs, but does not seem to ban their operation.

The law will apply not only to gas-powered lawn equipment, but also to generators and emergency response equipment and other assorted categories. The bill does give regulators some leeway with the regulations based on what is found to be “technologically feasible,” so some portions of the regulation may be pushed back beyond 2024.

However, the California small engine ban law seems to be getting the cart before the horse.

Ryan Jacobsen, CEO of the Fresno County Farm Bureau explains how alternatives are not in place to switch from small engines and discusses the frustrations

“We understand the target of the bill. But on the flip side, not having readily available alternatives in place is probably the most or is the most concerning part of this bill. This is not the first time California has done something like this, and it’s just a frustration from us on the user end because here we’re left holding the bag of trying to find alternatives that may not come to fruition by that point.

“And again, this is worth noting for this particular issue. In California agriculture, with the exception of SGMA, there’s none of these laws and regulations individually are going to undo our farm operations, but it’s death by a thousand cuts and this is another one of those cuts,” said Jacobsen.

This could be a stepping stone to regulate other large equipment utilized on farms and ranches.

“Well, we’re already there,” said Jacobsen. We’re already in the process of working on that as well. This is one of those stepping stones you know you’re going to see eventually down the road.  Regulators are going after bigger engines, as well as other types of gas operated gas powered types of equipment,” explained Jacobsen.