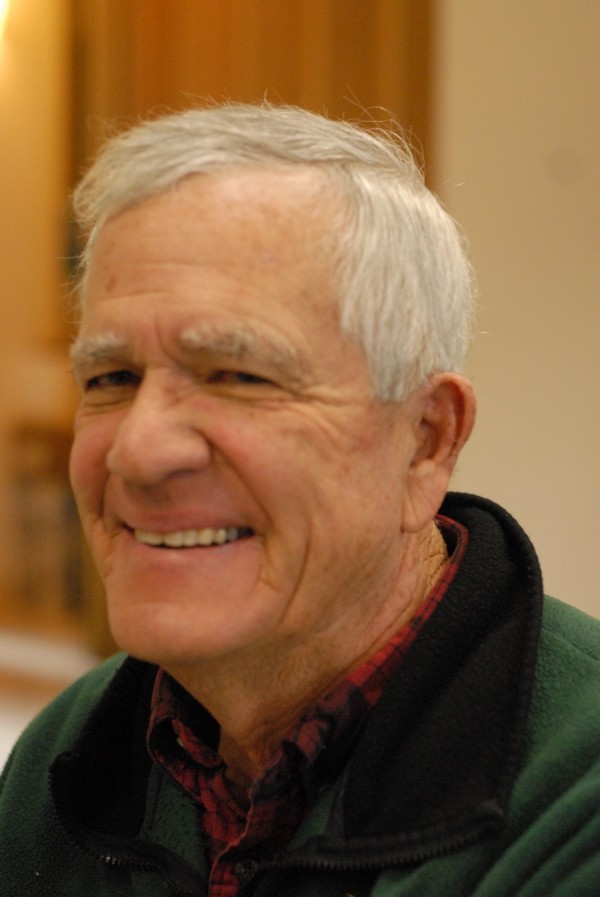 A third-generation farmer in Fresno County, Bill Chandler farms near Parlier, Selma, and Fowler. The family operation has traditionally produced tree fruit such as peaches, plums and nectarines, but they are certainly expanding their crop diversity. “We have gone more into almonds lately because of unavailable labor," Chandler commented. "We are looking into citrus, which is not as perishable as soft fruit—which, if you don’t harvest it right away, you’ve lost the whole year’s effort.”

Like so many farm families in California, the Chandlers go back a couple of generations farming here. “My grandfather came out here in 1888 from Illinois," Chandler expounded, "and looked at this area. It was appealing because the land prices were not that bad compared to Illinois. But the big deal was the weather; we don’t have all that snow in the winter time. We also  have relatively level ground and not a lot of rocks in our soil. We, too, have hardpan under the soil, but that can be worked out."

"My father got out of school in 1921 and started farming in this area," said Chandler. "I was the only son and I always wanted to farm. I have a sister who was able to inherit some, and I bought my sister out, so that’s what our farm is now.”

Bill Chandler and his wife, Carol, have two sons, Tom and John, who are both back on the farm. “They both majored in ag, which was kind of neat; one in ag econ and the other in food science, and we are very proud that they are both back farming with us now. Tom, the older one, majored in ag econ at UC Davis and was in banking for about 12 years. Now he has come back and has been helping us on that side of the farming, which is very very important. He also did some land appraisal on the side. His brother, John, who majored in in fruit science at Cal Poly, is more into field work, and he does some beekeeping on the side as well.”

Chandler said a lot of success and wonderful things about farming have always been accompanied by a lot of challenges as well. “Yeah, there is always something," he said. "I don’t care if it’s labor, weather or regulations. We are really fortunate; we stand at a place here, Kearney Field Station*, where the UC has done a great job helping us solve some of these regulations or pests.”

Chandler's sons, Tom and John, are going to pick up where their dad leaves off, but that may be awhile, “You know," Chandler philosophized, "a farmer never does retire. Fortunately, I am able to live on the farm. They are doing most of the farmwork, but they do ask me questions.”

This year's above-average rainfall, along with the snowfall, has been great, but Chandler said,  "There is still going to be a lot of work to dig ourselves out of this four-year drought. I have experience and so do many other people. Not only are our trees suffering from lack of proper irrigation, but we are spending a lot of money putting in new wells or new irrigation systems so that we can handle this drought.”

Chandler doesn’t take nearby UC and USDA researchers for granted. He always attends meetings and takes notes. “We can go to these folks and have these seminars that are really helpful.”