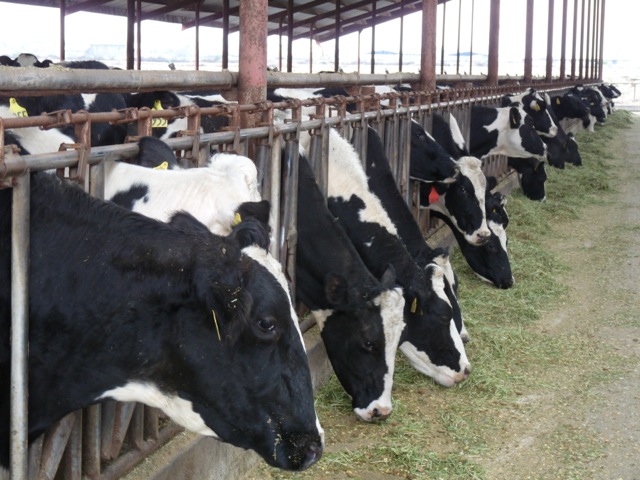 Heading into last fall, the feed year started off relatively dry, according to Davy; however the end-of-season crops produced a better forage than the year before. Though prices slid for the cattle farmer, Davy said optimisticly, “We’re happier on our range conditions—as compared to the previous years that we’ve had—by a long shot.” he said.

The drought that plagues California still directly impacts cattle ranges, and ranchers are not quite out of trouble. Davy had to resort to feed supplementation through the month of December. “We didn’t have to supplement as much as in the previous few years,” he said, “but we definitely did this fall.” Fortunately the winter months were short and the spring rainfall produced good growth—good assurances that will help Davy and his team make it through next year.

Davy has fortunately sidestepped hardship with a tinge of luck, but it hasn’t been as easy for ranchers in the south of the state. When cattle lack enough sustenance, a domino effect is felt all across the state of California; a lactating cow may not produce enough milk to feed her calves.

The cows like lush grass, a rarity in the Central and South Valley summer months. Winter options for cattle are either winter range ground or mountain meadow ground where greenery is still prevalent. Some ranchers haul their cattle to summer pasture feedlots to graze, while some prefer Oregon instead.

“We’re dried off here to where you might find a swell with a little rye grass in it that’s still green,”Davy said regarding the disappearance of lush land, “but pretty much everything else, the oats and all that stuff, they’re done here.”

Looking forward, Josh Davy is hoping irrigation water will sustain not only the beef cattle, but the pastures as well, to keep the herds stationary and munching on green grass.