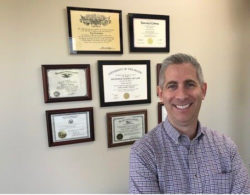 California’s Access Regulation requires agricultural employers to allow labor union organizers such as the United Farmworkers Union onto their private property for up to three hours per day, 120 days per year, for the purpose of organizing agricultural employees. A divided panel of the Ninth Circuit Court of Appeals upheld the regulation, but eight judges dissented noting the “decision not only contradicts Supreme Court precedent but also causes a circuit split” (i.e., conflicting decisions between different federal circuits that can only be reconciled by the Supreme Court.)

The amicus brief was filed in the case of Cedar Point Nursery and Fowler Packing Company, Inc. v. Hassid, in which the question presented to the Supreme Court is “whether the uncompensated appropriation of an easement that is limited in time effects a per se physical taking under the Fifth Amendment.”

The amicus brief argues that California has repeatedly recognized the sanctity of the right of private property owners to exclude third parties under the Fifth Amendment, but not when it comes to the Access Regulation. The brief goes on to say:

“California has upended that proposition for the sake of one privileged group: organized labor. Specifically, in this case, agricultural labor unions. In all other cases, California recognizes the right of private property owners to establish rules by which third parties may be allowed to access private property, if at all. Otherwise, trespassers are subject to criminal prosecution… But not in the case of organized labor. In that case alone, California has enacted statutes and regulations that coerce acceptance of physical invasion. Regulations of the State’s ALRB have exacerbated the problem for farmers by authorizing repeated trespass by union organizers for 120 days each year.”

The amicus brief was drafted by Michael Berger with Manatt, Phelps & Phillips, one of California’s preeminent appellate land use lawyers. The petitioners, Cedar Point Nursery and WG member Fowler Packing Company, Inc., are represented by Howard Sagaser and Ian Wieland with WG Ag Legal Network member Sagaser, Watkins & Weiland, and Joshua Thompson, Damien Schiff and Wencong Fa of Pacific Legal Foundation (PLF). PLF is a nonprofit legal organization that defends Americans’ liberties when threatened by government abuse. Western Growers lauds the petitioners and their counsel for taking this important fight all the way to the United States Supreme Court.