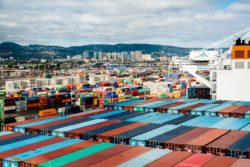 Farmers From Iowa, to Alabama, to Wisconsin, Outraged Over Trump Trade War Continue to Make Headlines

After talking with Alabama farmers, Tommy Tuberville, a prominent GOP Senate candidate in that state yesterday offered this assessment of how President Trump’s tariffs have impacted farmers:
"You know, there’s no bigger supporter of President Trump, even though he’s putting a noose around their neck a little bit in terms of choking them out and keeping that price down," Tuberville said on The Matt Murphy radio show on Alabama station 99.5. "And they’re not making the money. And I just hope that we get this thing over with because they’re great people." (The Hill)
- MCCONNELL SAYS FARMERS HURTING:
Earlier this week, Senate Majority Leader Mitch McConnell frankly discussed how farmers are being hurt:
"It's been very tough on American agriculture … I hope we can get a conclusion to this sometime soon because rural America really needs it." (Business Insider)
- U.S. AG SECRETARY SAYS SMALL DAIRY FARMERS MAY NOT SURVIVE

"In America, the big get bigger and the small go out,” Perdue said. "I don't think in America we, for any small business, we have a guaranteed income or guaranteed profitability." Perdue's visit comes as Wisconsin dairy farmers are wrestling with a host of problems, including declining milk prices, rising suicide rates, the transition to larger farms with hundreds or thousands of animals and Trump's international trade wars.  (Associated Press)