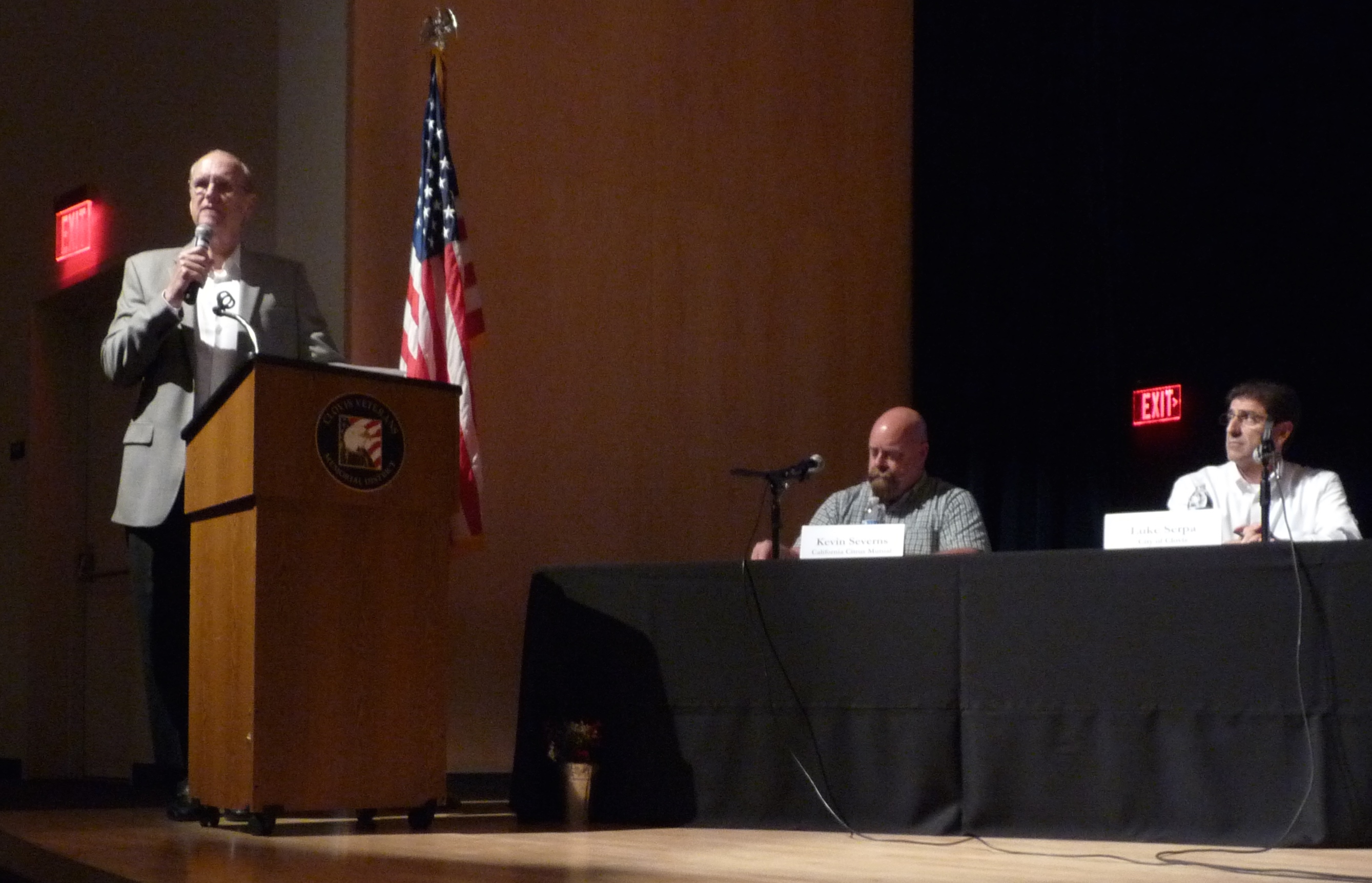 By Laurie Greene, Editor and Producer

At “The Truth About the Drought” forum, organized by Assemblymember Jim Patterson recently in Clovis, CA, moderator John Broeske, executive director of Families Protecting The Valley, said he thinks Ag is doing really badly on the information game.

“I think that we are getting out-marketed in messaging in the state of California,” said Broeske. “I think a lot of the people in the Central Valley know things that the people in Southern California and in the Bay Area, don’t know.”

Broeske continued, “I don’t blame those people for not knowing because they’re being told over and over again about the ‘80% number’ for Ag water use; and the ‘2%’ Ag contributes to the economy’. These are not real numbers, but people hear them repeatedly, so it’s not hard to understand they believe it.”

“I think the environmentalists want people to believe the 80% figure,” Broeske stated, “because it’s a lot easier to demand water from us if it appears we are using it all. But we’re not, and it’s hard for us to get the message out that these numbers aren’t true.”

Broeske did not know the best way to get the message out, but said he tries to correct people when they get it wrong. He suggested correcting online articles in the comment section to empower more people with the right numbers as ammunition for when they get into conversations. “You’ve got to fight back; if you let people use these false numbers over and over again, nothing is ever going to change.”

As false data out-markets ag in messaging, Broeske said water usage accountability is unequivalent. “Farmers are getting blasted for raising almonds and using too many gallons per almond,” said Broeske. “But, there’s no article about how many gallons it takes to raise a smelt. How many acre-feet for salmon? How many is too many? I think those questions have to be asked.”

“California is spending four million dollars of water per salmon!” Broeske declared. “Should there be some accountability there? How much water are we going to spend on one salmon? At least we get almonds at the end of the farming process. That’s what accountability means; we’ve got to create some rules about how much water is too much to save one fish.”

“I think the only way the public can demand accountability from the government and the scientists is to win elections,” he conjectured. “We are not winning the marketing war on these water usage numbers, so voters keep electing the same people who tell them the wrong numbers, and there’s nothing we can do if they keep getting elected. It’s a tough battle.”

“We are outnumbered,” Broeske said, “and I don’t know how we can overcome their marketing. They’re not even buying marketing, like billboards or advertising—just newspaper articles and news stories they are quoted in—so their marketing costs them nothing.”

“For us to win the market,” Broeske concluded, “we have to buy billboards and ads, and have enough money to do so.”