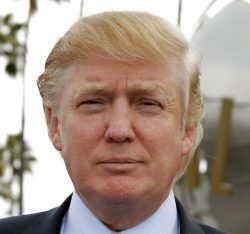 And of course Trump’s selection could be decided any day now, so California Ag Today is monitoring closely, awaiting news of the announcement.

Joel Nelsen president of the California Citrus Mutual in Exeter, CA, hopes that the Trump administration will think hard about selecting USDA Leadership from California.

“We obviously believe that there could be some positive activity here. We’re a little disappointed that not much noise has been made relative to the USDA secretary or the deputy secretary.  We champion the cause of individuals in the western side of the United States’ fresh fruit and vegetable industry to be part of that leadership team at USDA,” Nelsen said.

There is so much going on in the fresh fruits and vegetable industry, particularly with California growers.

Somebody on the leadership team has to come from our perspective … from our fresh fruit and vegetable industry,” he said.