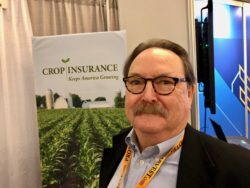 There are certain deadlines for getting enrolled in the programs.

“The force of the crop insurance agents that are on the ground in the areas where these crops are grown is really valuable, and they can work individually with the producer to make them aware of what they have to do when they have to do it,” Paggi said.

These agents work with the farmers and available programs to find the best fit for their operation. They cover northern, central, and southern California.

Paggi said that a good place to start if you’re looking for more information about crop insurance is the USDA Risk Management Agency. The RMA looks to increase the availability and effectiveness of federal crop insurance, which is to be used as a risk management tool.

“RMA’s vision is to secure the future of agriculture by providing world-class management tools to rural America. This website can be found at rma.udsa.gov,” he said.

“I would start … with the USDA RMA website because it actually has a link to the individual commodity coverage, and within those fact sheets, they actually have a listing of crop insurance agents within your commodity,” Paggi explained. 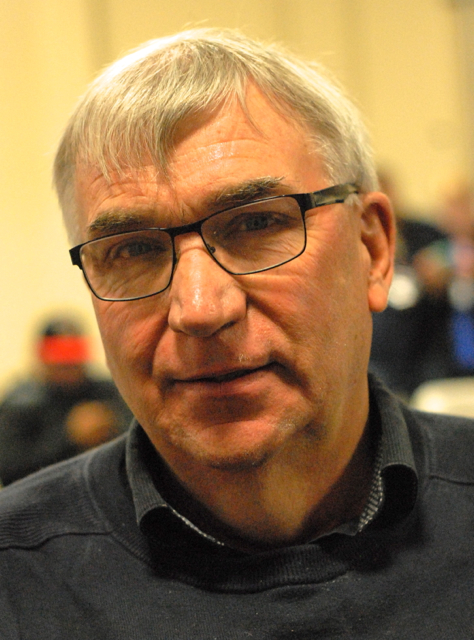 Due to the warm winter weather this year, many California Pistachio growers’ crop yields were only slightly more than half of what was expected.  And despite having an existing risk management insurance program, which helped a lot of growers, others who did not have pistachio crop insurance will have to shoulder all their losses.

James Otto, a senior risk specialist with the USDA Risk Management Agency at the Davis Regional Office, commented, “A lot of growers did not take it due to risk management reasons, they were unaware of it, or their agents did not inform them of the availability of pistachio crop insurance.”

And for growers considering purchasing insurance for next season, Otto urges them to be aware of the upcoming December 31, 2015 deadline. “Growers have to sign up for the insurance by that date,” he said. “Signing up can be complicated in that growers must agree to take insurance for two consecutive years, and they also must agree to what coverage level and price percentage to take. Growers are locked in for a two-year policy, but each year stands on its own.”

Payments are based on average yields and the coverage the grower elects. Otto said, “There are some fundamental basics. You have to determine what your average yield is; if it is 2,000 pounds per acre, growers have to select a coverage level (50%, 65%, 70%…),” which is used to adjust the insurance premium rates. Given their chosen coverage level, if their production for the year drops below this level, growers would be compensated for the shortfall by the insurance policy.

Richard Matoian, director, American Pistachio Growers based in Fresno, said pistachio growers should definitely consider risk management insurance, “We think all growers should consider crop insurance, even at the most minimal level—which is what they call “cat” or “catastrophic”—as a risk management tool for operations. In a year like this year in which we had historically low yields on a per-acre basis, crop insurance for many growers is going to be their savior to keep them going.”

Interestingly, Otto explained, Nick Jerkovich, an insurance broker with All Crop Insurance Services, in the Fresno County town of Kerman, Calif., came up with the idea. Otto said, “Back in 2009, Nick mentioned there were a lot of pistachio trees in the ground that did not have a crop insurance program.” It was recommended to Nick to get a petition signed by multiple growers and gather acreage data.

“So Nick, on his own dime, calculated roughly 75-80% of the acreage in the value, submitted that to an administrator, and got the ball rolling.” Otto said Jerkovich’s proaction suggested, “Hey, there is interest! There is interest from the grassroots.” Otto continued, “Based on that initial letter, Risk Management Agency contracted out to have the program developed. It is interesting to see what one individual person achieve!”

The League of Women voters will host two seminars focusing on current issues in agriculture during the month of March.

The seminars are free and open to the public. Participants should bring lunch; a snack and beverage will be provided.  Relevant articles can be found at http://fresno.ca.lwvnet.org/.