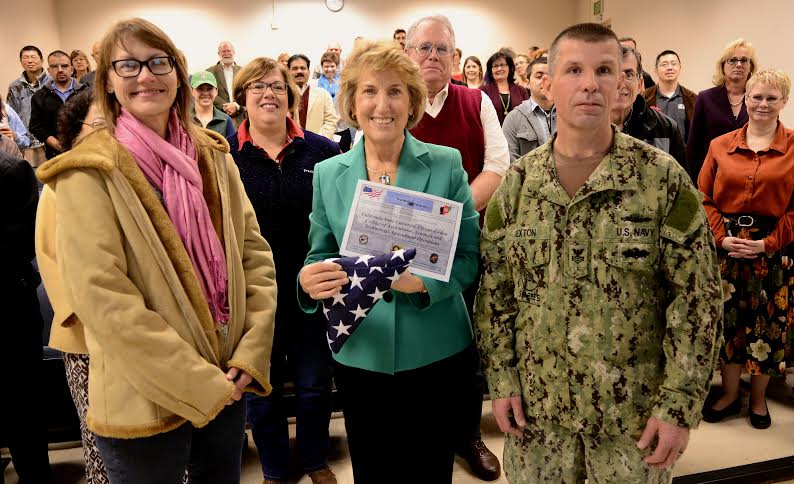 The 10th-year mechanic is based full-time out of the Ag Operations office and presented the 3×5 flag to his co-workers as a thank-you for their support while on active duty with the U.S. Navy last year.