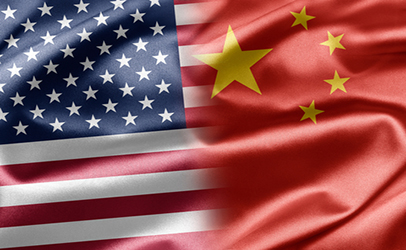 Officials from China’s Northwest Agricultural and Forestry University in Shaanxi province, and the University of California, Davis, signed a memorandum of agreement on July 23, 2014 that lays the groundwork for establishing the Sino-U.S. Joint Research Center for Food Safety in China.

The signing ceremony was held in the city of Yingchuan, China, during a meeting between high-level officials of the U.S. Department of Agriculture and China’s Ministry of Science and Technology.

“Today’s agreement is a landmark event for UC Davis and for our World Food Center and serves as yet another indication of our worldwide leadership in food and health,” said UC Davis Chancellor Linda P.B. Katehi. “We are incredibly pleased to join forces with Northwest A&F University and look forward to making discoveries and realizing solutions that will promote food safety in China and around the world.”

Signing the agreement today were Harris Lewin, vice chancellor of research for UC Davis, and Wu Pute, professor and vice president of Northwest Agricultural and Forestry University. Also present were Catherine Woteki, undersecretary for research, education and economics at the U.S. Department of Agriculture; and Vice Minister Zhang Laiwu of China’s Ministry of Science and Technology.

The memorandum of agreement, which will extend over the next five years, calls for the center’s two lead universities to form a joint research team and research platform, carry out collaborative research projects and cooperate on other food safety-related projects. UC Davis’ World Food Center will identify a director to coordinate the research program. The Chinese partners will provide substantial funding for the new center, with details to be announced this fall.

“This is clear evidence that the entire UC system is fully committed to be front and center on the critical issues of food security, sustainability and health,” said UC President Janet Napolitano. She recently launched the UC Global Food Initiative as a systemwide collaboration to put the world on a path to feed itself nutritiously and sustainably.

Both the Sino-U.S. Joint Research Center and the UC Davis World Food Center will contribute to the UC Global Food Initiative.

“With UC Davis’ commitment to food safety research and China’s ever-increasing demand for food, the Joint Research Center is a natural partnership,” said Karen Ross, secretary of the California Department of Food and Agriculture. “Food safety will benefit from global scientific collaboration, and new findings will help the food and agriculture sector meet new challenges, improve the health of consumers and maintain the integrity of the global food supply chain.”

Roger Beachy, executive director of the UC Davis World Food Center, noted that the new food safety center is a logical outgrowth of many well-established research collaborations between scientists from UC Davis and China.

“Working closely with Chinese scientists and policymakers, the new center will have significant impacts on food safety in China and elsewhere around the globe,” he said.

Beachy said that the catalyst for the new collaborative effort was a visit to China last fall by Chancellor Katehi. During that visit, Chinese officials and UC Davis alumni identified food safety as a topic of key importance for China. Beachy, who has longstanding ties with China’s research community, became head of the World Food Center in January and has shepherded the collaborative agreement for UC Davis.

About the new food safety center

The Joint Research Center for Food Safety will promote international collaborative research and extension for food safety in China and the U.S. It will conduct research on global food safety-related policies; establish an international, high-level research platform for food safety research; propose solutions for hazards in the food-industry value chain; and develop models for implementation of international food safety standards and risk management. UC Davis and Northwest Agricultural and Forestry University will engage other research faculty from the U.S. and China in the new center.

Students from both UC Davis and China will be offered opportunities to study and train in each other’s countries. UC Davis faculty members currently have extensive collaborations with several Chinese universities, and the new joint research center is intended to expand these and initiate new activities.

On the September 12, 2014 celebration of the 80-year anniversary of the founding of China’s Northwest Agricultural and Forestry University, working details for the new center will be laid out.

“The food industry has become the largest industry in China; and food safety is a critical area for China and the U.S. to have creative cooperation and learn from each other,” said Zhang Laiwu, China’s vice minister of science and technology. “It not only involves technologies, but also policies and management. The fruitful cooperation will also be important to ensure food security.”

The World Food Center at UC Davis was established in 2013 to increase the economic benefit from campus research; influence national and international policy; and convene teams of scientists and innovators from industry, academia, government and nongovernmental organizations to tackle food-related challenges in California and around the world.

The UC Global Food Initiative is building on existing efforts such as the World Food Center and other endeavors at UC Davis, while creating new collaborations among the 10 UC campuses, affiliated national laboratories and the systemwide division of Agriculture and Natural Resources to support healthy eating, sustainable agriculture and food security. More information about the UC Global Food Initiative.

Other food-related collaborations with China

Additionally, the campus hosts the BGI@UC Davis Partnership, which focuses on genome sequencing, and the Confucius Institute, a cultural outreach program emphasizing food and beverages. 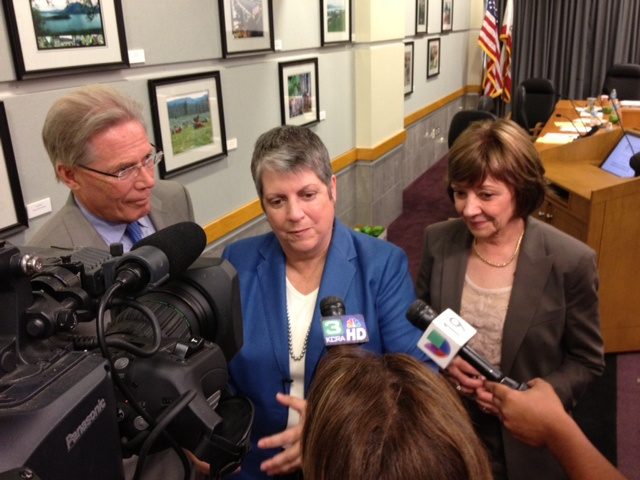 University of California President Janet Napolitano today (July 1) presented the university’s plans for a comprehensive food initiative to the California State Board of Food and Agriculture.

The UC Global Food Initiative is intended to marshal the university’s resources — including curriculum and world-class research, student efforts and operational efforts in place across the university’s 10 campuses — to address global challenges related to food.

“This initiative grows out of a commitment made by all 10 UC campus chancellors and myself,” Napolitano said. “It is a commitment to work collectively to put a greater emphasis on what UC can do as a public research university, in one of the most robust agricultural regions in the world, to take on one of the world’s most pressing issues.”

The food initiative will build on UC’s tradition of innovative agricultural research to support farmers and ranchers. Future efforts will build on work already begun by UC’s 10 campuses and its Division of Agriculture and Natural Resources (ANR) to address internal and external issues with a variety of approaches.

UC research, for example, taught Californians how to remove salts from the alkali soils in the Central Valley, transforming that barren landscape into one of the world’s most productive farming regions, Napolitano noted in her presentation to the California State Board of Food and Agriculture.

Today, the World Food Center at UC Davis stands with 26 other centers dedicated to food and agriculture on that campus; students and faculty at UC Santa Cruz are transforming the field of agroecology; and the Berkeley Food Institute is studying the relationship between pest control, conservation and food safety on Central Coast farms. The cutting-edge Healthy Campus Initiative at UCLA taps all members of the campus community.

The initiative is not limited to seeking any single solution or set of solutions to the myriad food issues confronting the world, Napolitano said.

“The idea,” she said, “is to provide the intellectual and technical firepower, as well as the operational examples needed for communities in California and around the world to find pathways to a sustainable food future.”

In describing the building blocks for the initiative, Napolitano noted that the university’s agricultural outreach and public service programs — in every California county and more than 100 nations — bring UC resources to individuals and communities to help them access safe, affordable and nutritious food while sustaining scarce natural resources.

The university’s work also will help inform and drive policy discussions from the local to the international levels, and expand partnerships with government agencies such as the California Department of Food and Agriculture.

“This initiative shows great vision and leadership from President Napolitano and the University of California,” said CDFA Secretary Karen Ross, “Climate change and population growth will greatly strain our ability to provide healthy food to people here and around the world.

“President Napolitano’s proposal to leverage the strategic assets of the entire UC organization makes it a valuable partner in addressing the significant challenges and opportunities for our production agriculture and food system.”

Emphasizing that student engagement is key, Napolitano announced, as one of her first actions, the funding of three $2,500 President’s Global Food Initiative Student Fellowships to be awarded on each campus to undergraduate or graduate students. The fellowships will fund student research projects or internships.

Among other early efforts to be undertaken as part of the initiative are the following:

New policies will be enacted to allow small growers to serve as suppliers for UC campuses.