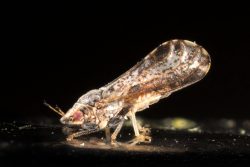 The spread of Asian Citrus Psyllid (ACP) continues to be a looming threat for Central Valley citrus growers as it vectors Huanglongbing (HLB), a disease that destroys citrus trees. Greg Douhan, a University of California Cooperative Extension Tulare County citrus farm advisor reported to California Ag Today recently that, “There have been so many people onboard really working at this from multiple angles, and we’re in the eradication mode. We want to make sure the insect doesn’t get established in the San Joaquin Valley.”

“If one were to look at a map of ACP infestation in California [such as CDFA Quarantine Maps and California Citrus Pest & Disease Prevention Program Threat map], they may consider it to be endemic in the Los Angeles area. Rest assured that anytime ACP is found in a trap, the CDFA sprays everything in that area within 400 meters.”

Douhan said the Valley is on high alert to find ACP in traps. “

If researchers discover a cluster of finds in any particular area, we manage some spray programs and try to get all the growers to do a coordinated effort in order to try to combat it,” he said.

In addition, the SAVE OUR CITRUS app is a free USDA iPhone app to report and identify the four leading citrus diseases: citrus greening, citrus canker, citrus black spot and sweet orange scab. Report your symptoms, upload a photo, and citrus experts will respond.

So far, the practices have been working well.

“I think most of the growers are very well informed,” Douhan said, “and are taking this very seriously because it is this their livelihood.” 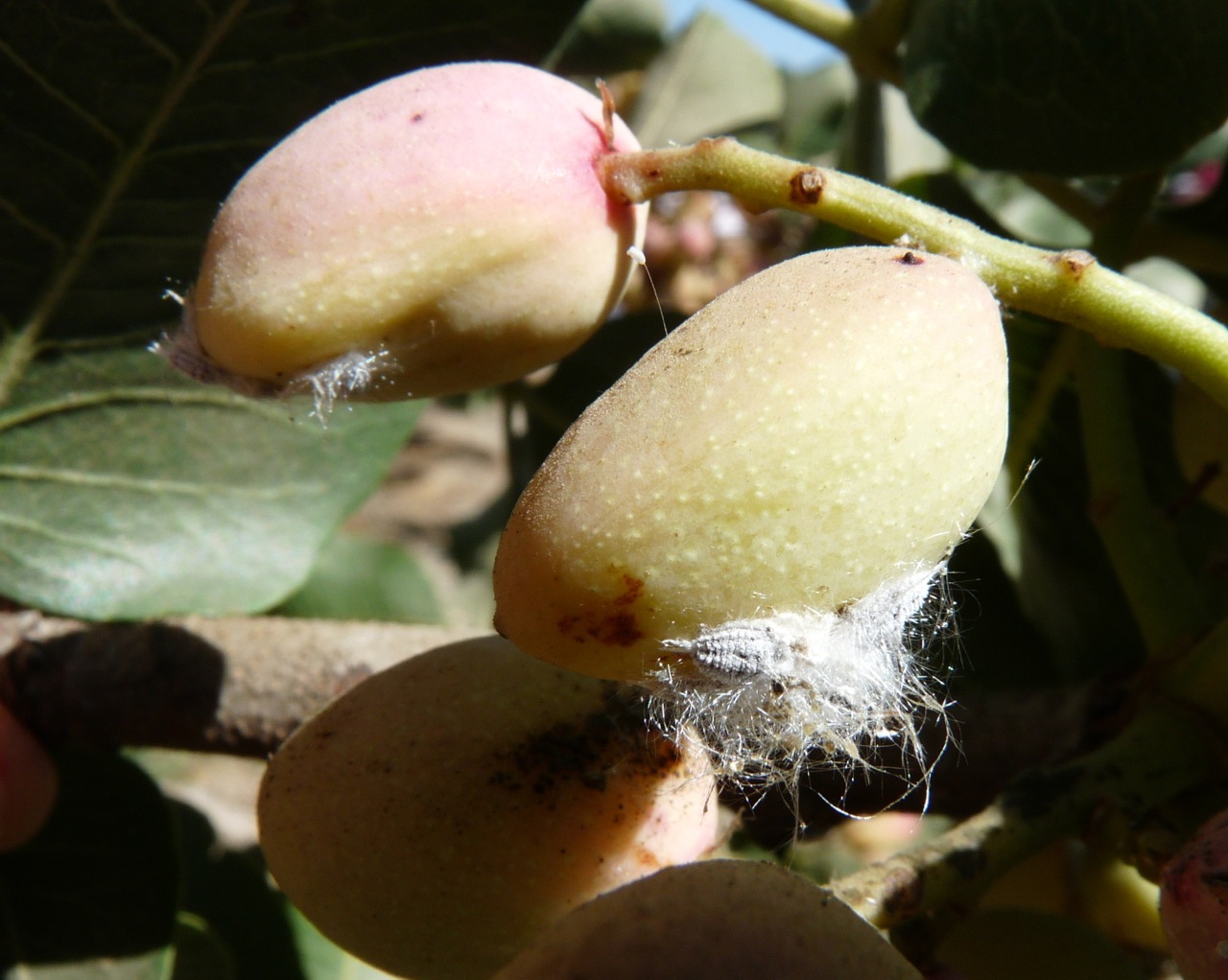 As Gill’s Mealybug overwinters, a new generation will appear in May, and growers should treat the first generation around June 1.

Tulare County is a hot spot with most pistachio orchards having the bug, which has three generations per year. “Right about harvest time there are a whole bunch of mealybug crawlers hatching, and then they overwinter and become adults in May. These adults will produce an enormous amount of new crawlers the first week of June, which is an important treatment time, right when those crawlers come out,” said Haviland. “The ones that are born the first week of June will become adults in about mid-to-late July, which is the second generation. The mealybugs that are in the tree now are the start of the third generation when they become adults then hatch more young bugs at harvest.”

“Population-wise, growers will get millions of crawlers at harvest, but if you come back to the tree in the spring, you will see maybe one or two per pistachio cluster, so there is a huge winter mortality,” said Haviland.

Haviland stood by a tree that had only about one mealybug per 10 clusters in the May, but now the untreated trees in the trial have clusters that are covered with honeydew, and now blackened with sooty mold, with 30 or 40 adults on the clusters. The lower leaves on the trees were turning black from the sooty mold.

“Typically growers go out in their orchards April and May and see about one mealybug for every 10 clusters. In fact they might not even notice it. But that mealy bug produces about 20 live young, which increases the count to about one per cluster, but now those adults give rise to 15 or 20 crawlers per cluster which causes clusters to be moist and black,” said Haviland. “So the point is that one or two per cluster can cause many more per cluster near harvest time, so May is the time to be thinking about spraying the first of June.”

Haviland looked back at the tree he was standing next to, and said: “If you have tree that looks like this, with a lot of mealybugs and sooty mold, let it go; you can’t do anything about it. Come back the first week of June 2014 and treat it with an insecticide and you should be clean at harvest next year. It’s really that simple.

Insecticide timing is important, but there is a widow. Of all the products registered, they are most effective on crawlers. “So you really want to get them the first week of June when the crawlers are out regardless of which product your using,” Haviland said.

During the upcoming harvest season, Haviland warn growers to ask the harvest crew to wash down the harvesting equipment and make sure no tree debris from another orchard is on the equipment. “And if growers have an orchard with mealybug, please inform the harvest crews so that they clean the equipment before moving to another site, which may not have mealybug.

“The harvest crew should blow off all leaf trash and hose the equipment down before it goes from property to property. Growers should insist upon this,” Haviland said.