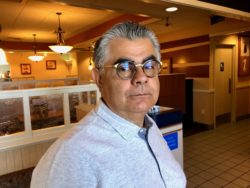 In this last round of elections, Democrats ignored the ugly and nationalistic demagoguery of immigrants from Central America that the 45th President pursued relentlessly before Election Day. They allowed the President to continue building a false narrative around immigration. In spite of many Republicans supporting some of the most offensive and verbal racial profiling by a sitting President, our Democratic response was, “vote for me, I am not Republican.”

This President was not only focused on mid-term elections but laying the foundation for his 2020 re-election. He spared no lie to whip up his base.

We heard no substance from Democrats except outrage and sharp criticism of Republicans. Liberal groups like the Center for American Progress and the Third Way noted that running on immigration would not be helpful in securing votes in states and Congressional districts won by the President in 2016. Democrats seemed paralyzed with political fear that they could not capitalize on the anger and growing rejection of Trumpism if they addressed the immigration issue.

Democrats aggressively postured when Republicans followed their script of scapegoating and demagoguing immigrants. They hid behind their words of outrage, old proposals about legalizing Dreamers and no border wall and “abolishing” ICE. They offered no new vision for re-calibrating the policies and discussions that were needed to effectively and honestly deal with the pressures of desperate mass movements of people.

Democrats allowed this President to continue reinforcing a false, ignorant, and racist nationalism about Latino immigrants. The so-called “caravan of invaders” is being “pushed” from sending countries for the same reasons that pushed the ships that sailed with many European refugees/migrants that arrived on U.S. shores in the 1800s and early 1900s.

Latino “leaders” in the national immigration struggle and Latino elected officials in Congress have contributed mightily to the behavior of both parties. It really makes more sense if these Latino “leaders” would stop demanding specific action that has not come about even under President Obama. We must offer viable and balanced policies. The mass movement of people is originating in this hemisphere, and so it MUST fall to us to develop solutions, not ideology.

Due to the inaction of both parties, our community must develop the political agenda for immigration reform that will benefit our nation. Our vision must be specific and comprehensive. The narrative must be honest, factual, balanced and practical and we must begin working with various members of the California Congressional delegation from agricultural producing districts, such as ours. The Trump narrative does nothing more than to pollute the disposition of the U.S. public to push for effective and balanced immigration reform.

There is public support for reasonable reform; the Trump narrative has created a caustic image of immigrants that has become the default position of his base, which is infecting others. The time to act is now. We must realistically address the labor shortages in the agricultural and service industries in California and their dependency on unauthorized labor. We have to frame the issue in economic terms since humanitarian concerns clearly have not been enough.

Our agenda must utilize evaluation analyses and propose no private sector detention centers—a vigorous oversight—and accountability mechanism outside of the Department of Homeland Security of these centers and ICE, Border Patrol agents, and the U.S. Citizenship and Immigration Service.

Enforcement must be balanced with permanent legal status for all “Dreamers” who meet the original criteria, temporary legal status for the parents of “Dreamers” who have a history of employment, especially in states that had labor shortages in agriculture, construction, and service sectors. We have to include a pilot temporary worker program with Mexico in U.S. states that have documented labor shortages in the above industries to begin to test new ideas. All federal and state labor laws would apply to these workers along with an increase in funding to monitor their treatment, working and living conditions, and employer compliance.

A critical component that we must explore is the creation of working groups between the U.S. and essential sending countries such as Mexico and those in Central America to discuss how to create a stable economic and security environment in their countries and specific regions that are the source of population movements to the U.S. We must not repeat the mistakes our economic and political policies have committed in these countries that are the foundation of the “push” factors, while not losing sight of the “pull” factors that exist within the U.S. serving as magnets for undocumented workers.

Lastly, we must evaluate and provide for a phased-in mechanism of these policy initiatives and include a legalization process, for the undocumented persons currently in the U.S., in the last phase of this process.

We know that Congressman Panetta and his colleagues from the Central Valley have acknowledged the ugly narrative but have taken no decisive action to date. It is important to note that two of his colleagues lost re-election. Was their loss due in part to the failure to move concretely on immigration, especially in the agricultural sector? It is essential that there be transparency around what Mr. Panetta and the Democrat majority in the House of Representatives will do to begin resolving the growing complexities around immigration. Let’s begin our discussion with a town hall meeting to take place in Salinas that allows an open dialogue concerning our proposal and what our new Congress intends to do.

Arnoldo S. Torres is a journalist, consultant, partner in the Sacramento, California based public policy consulting firm Torres & Torres, and the executive director for the California Hispanic Health Care Association. 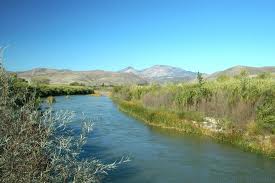 UC Davis has announced that Hartnell College, in the Salinas Valley, is hosting a series of six agroterrorism training courses. David Goldenberg from the UC Davis, Western Institute for Food Safety and Security will be at the helm of these U.S. Department of Homeland Security (DHS) courses.

Goldenberg, Acting Program Manager and Coordinator for Field Training at WIFSS, pointed out that the Agricultural Business and Technology Institute at Hartnell is partnering with WIFSS to conduct the agroterrorism training courses, which kicked off on September 5. These courses emphasize the importance of awareness of and preparedness for disasters that can affect the agricultural industry. Preparedness includes having a response action plan in which all community members and organizations have a coordinated disaster response strategy.

The remaining classes are:

These agroterrorism courses delivered at Hartnell are geared toward traditional first responders as well as community emergency planners, public health officials, and members of the agricultural community including county officials, local farmers and ranchers who are interested in training addressing potential threats to food safety and food security.