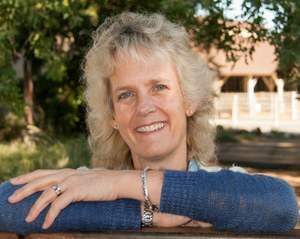 The Council for Agricultural Science and Technology (CAST) has announced that Alison Van Eenennaam, a geneticist and Cooperative Extension specialist in animal genomics and biotechnology at the University of California, Davis, is the recipient of its 2014 Borlaug CAST Communication Award.

Announcement of the award, which will be presented to Van Eenennaam on Oct. 15 along with the World Food Prize Symposium in Iowa, was made at the World Bank in Washington, D.C.

Established in 1986 and named after Nobel laureate Norman Borlaug, the award is presented to a food or agricultural scientist who is actively engaged in research; has made significant contributions to science; and communicates the importance of food and agricultural science to the public, policymakers and the news media.

Van Eenennaam’s research and extension program in UC Davis’ Department of Animal Science is focused on developing science-based educational materials about the uses of animal genomics and biotechnology in livestock production systems.

She has served on advisory committees in the U.S. Department of Agriculture and the U.S. Food and Drug Administration to provide expert counsel on animal biotechnology.

Van Eenennaam is a passionate advocate for science and frequently speaks about agricultural technology to the public and policymakers, both nationally and internationally. She frequently provides science-based commentary to the media on sometimes-controversial topics, including genetic engineering and cloning. She also works to increase public understanding of agricultural biotechnology, using a variety of media, including YouTube videos.