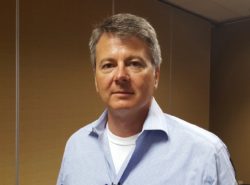 John Duarte, a California farmer who gained national attention after the United States Army Corps of Engineers (USACE or Army Corps) sued him for plowing his Tehama County wheat field, will defend himself in a federal courthouse in Sacramento on Tuesday, August 15.

“Agriculture is at a very dire crossroads right now,” said Duarte, imploring all farming stakeholders and food consumers across the country “to get loud with their Senators, Representatives and USACE. And if you know how to get ahold of President Trump, give him a call.”

In February 2013, with no warning or opportunity to discuss the matter, USACE sent Duarte a cease and desist letter to suspend farming operations, claiming that he had illegally filled wetlands on his wheat field simply by plowing it.

Duarte who is also the owner of Duarte Nursery, argues that the Army Corps violated his constitutional right to due process. He said the agency came down on him hard and never gave him an opportunity to defend himself against the accusations before levying the fine. Duarte now faces $2.8 million in government fines.

In a June 14, 2017, news release, Tony Francois, senior attorney for Pacific Legal Foundation, explained, “Prosecutors and bureaucrats are seeking to establish, for the first time, that farmers with seasonal puddles need a federal wetlands permit in order to plow their own private land—even though plowing is exempt from Clean Water Act (CWA) coverage.”

Duarte believes if he were to lose the upcoming trial, it would change the way farmers in America farm. “This battle may never be resurrected in court. Taking this battle to the Supreme Court on several fronts is the only way to give farmers the long-term security they need, the right to farm and property rights protections, to deliver food security to America.”

“The Butte County Farm Bureau has 1065 members,” Duarte stated, “and they donated a check for $10,650 to the Duarte Defense Fund at California Farm Bureau Federation. That’s $10 a member! Thanks to the challenge from Biggs, CA, farmer, Clark Becker (President of the Butte County Farm Bureau) that defense fund has already collected over $100,000 in support of our lawsuit. We are hoping to collect hundreds of thousands more.”

Duarte said, “Although this lawsuit for planting wheat in a wheat field has gained a lot of attention, we need more help to fight it.”

While Duarte is grateful for the political support in favor of Duarte Nursery’s position in this wetlands prosecution, he wants to settle this case before trial. “We need complete rights to appeal, and if necessary, to take it to the Supreme Court of the United States. We must protect food security as well as farmers’ right to farm.”

“My greatest nightmare is if Duarte Nursery is forced into settling this case without the right to appeal. If we cannot get such a release, American farming could be oppressed by federal agencies into the future, and there won’t be another fool to follow us and stand up to them again.”

“Any farmer can see the kind of abuse—the misstatements, the falsehoods, the misquoting of laws that the Department of Justice is using in this case against us—and the $2.5 to $3 million we’re spending to fight this battle. There won’t be another family to come along and fight like this in the future.”