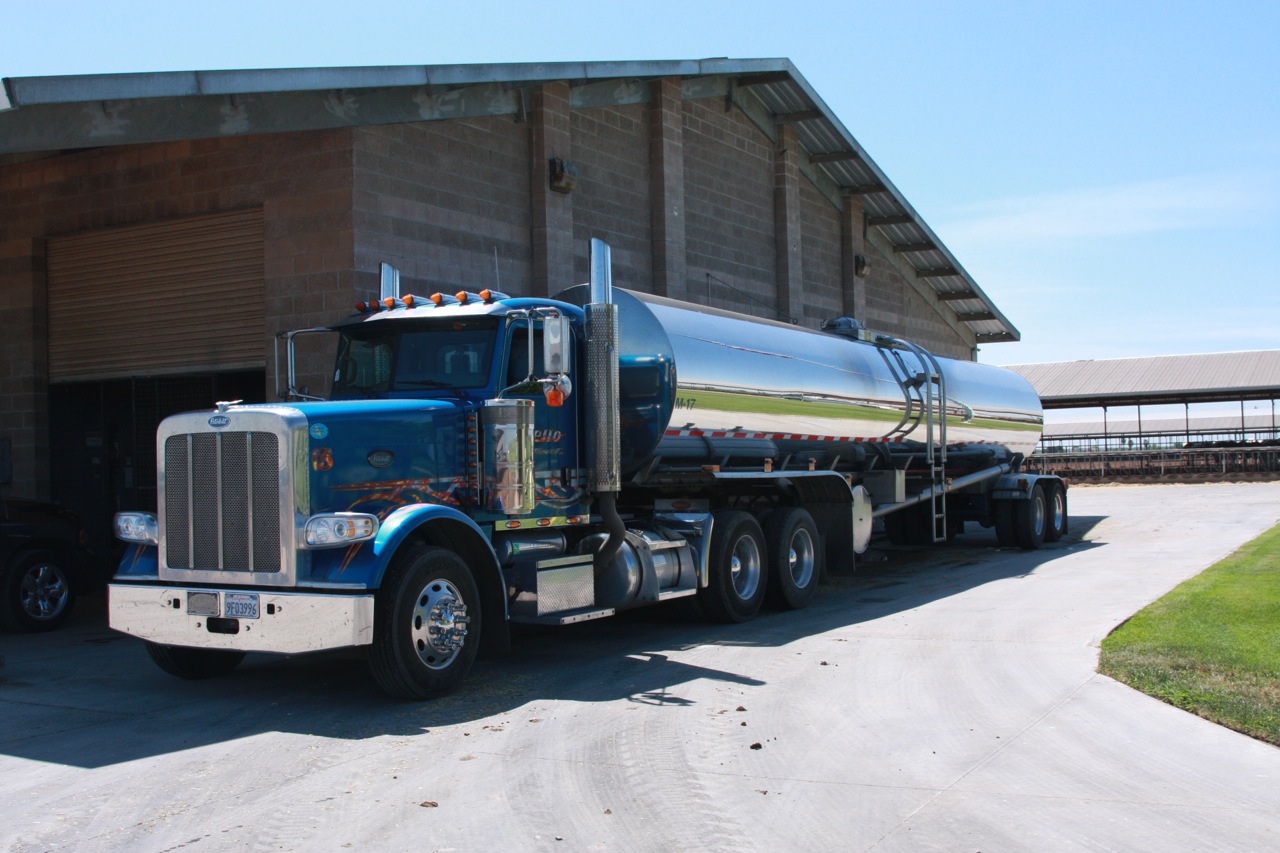 A Way Forward Out of National Dairy Crisis

First in a Series

The national dairy industry is in crisis right now. Milk Prices are at an all-time low due to oversupply and drastically lowered exports. The seesaw scenario has inventories up and prices down below production costs.

Tom Van Nortwick, owner and publisher of Agribusiness Publications based in Fresno, has published a dairy magazine for 35 years. He was closely involved with hundreds of dairy producers from 2009 through June 2014 in the organization and establishment of the National Dairy Producers Organization nationwide. The organization focuses on keeping dairies profitable especially when market conditions force down dairy pricing.

Van Nortwick told California Ag Today, “The biggest problem our dairymen are facing today in California and across the country is that the price of milk, as set by the market and by supply and demand, is actually below the cost of production. So they are making a hundredweight of milk; it is on the market for sale; but the price that they are receiving for every hundredweight of milk is actually lower than what it costs them to make it. And that has been going on for most of 2015 and now we are heading into ’16 towards ’17, and there doesn’t seem to be a solution in play from anyone, anywhere.”

“The big question is how can this be sustainable for dairies, which, over the last 10 years, on average, have had milk prices below production costs?” Van Nortwick asked. “We are not sure,” he explained. “In fact, what we have seen is huge attrition in the dairy industry.”

“In September 2011, there were 110,00 dairy producers in America,” said Van Nortwick. “Today, there are 45,000-60,000 milk producers at some level in the country. We have had huge attrition as we have gone through nearly a decade of really high volatility and low prices. For the majority of the time, especially the last 7 years, it has been extremely difficult.”

“We had a wonderful 2014 when supply and demand were more in balance and there were no excesses,” Van Nortwick stated. “Our global milk sales were high, and yet that has now changed, driving the price of milk throughout 2015 to unsustainable [low] levels.”

Van Nortwick observed that survivors in the dairy industry, particularly in California, have been able to diversify into other crops for positive cash flow. “Whether it is nuts or almonds, of course we are going pillar to post with almonds in California anyways,” he remarked. “Someone the other day said, ‘Hey Tom, you might have to get used to the fact that California is more suited to produce these specialty crops than it is to produce feed for cows to turn into milk.’”

Van Nortwick contends there is a way for the dairy industry, not only in California, but nationally, to do something about these low prices. “The proposal we make is all about a way forward. Dairy producers in this country who have been in their barns over many years and have seen these conditions, have asked, ‘What if we did it this way?’”

“So when we formed the National Dairy Producer’s Organization nearly five years ago,” he elaborated, “incorporated in the contract with producers was a long list of recommendations that needed to be implemented. We have not yet been able to implement very many of these and there are good men who are continuing that effort,” he noted.
“But one of the things we wanted to talk about most,” Van Nortwick said, “was the Dairy Pricing Organization originating from Robin Berg, a dairy producer in Wisconsin, that gave specific ideas to what dairy producers could do. We proposed that price volatility could be removed from the marketplace by dairy producers being market-responsive with their milk production on the farm, relative to profitable demand in the marketplace. If you make too much milk, and it cannot be sold, the price for—not just that excess milk—but all milk, goes down.”

Nortwick further explained, “So picture a great big tank that we fill up every day, and everyday it goes down. But if we [over pour and] push milk out of the top of that tank and any of it spills over the side and onto the ground, then every bit of milk in the whole tank becomes less valuable.”

“So, we have to be market responsive,” he continued, “How much milk can we use at any given time? The big dilemma that has come about today, is that the high global demand we were enjoying in 2011, 2012, 2013, and even as far back as 2010, was double digit growth in every one of those four years. When the producers finally mitigated their excess milk production in 2013, dramatic price increases in 2014 resulted. Milk was at record levels during that nearly twelve month period of time.”

Van Nortwick cautioned, “Unfortunately what was ignored were warnings—ample signs available to us in the first quarter of 2014, even in the fourth quarter of 2013—that should have warned dairy producers, ‘We are losing; demand is falling. Don’t keep increasing the amount of milk you make every month.’”

Van Nortwick clarified this loss in demand was mostly due to global exports. “We have sustained, for the most part, all of our domestic demand,” he stated, “Those numbers have not changed at all.”

“But here is that tank of milk overflowing,” he illuminated, “and because our tank overflowed, the price of all of that domestic milk went down too! So even though we did not lose domestic consumption, we lost price because of excess milk production on the farm. The global market didn’t take it.”

“At the height of that boom, 17.5% of our total production was going global,” said Van Nortwick. “How much did global fall? It plummeted at least 50% when that bubble burst.”

“Since then, about half as much of our milk production in the United States is going global. What were the consequences? We had a 31-35% reduction in milk price nationwide for all milk—not just the excess milk that was going global—but all milk in America,” Van Nortwick noted.

Van Nortwick explained the dairy industry needs a sure approach to manage increased prices at a viable profit level. There must be a dramatic decrease of milk in the tank.

Van Nortwick offered several ways to tackle it, including a buyback program that donates milk products to churches and food banks across America. “Robin Berg, a dairy producer, came forward and said, ‘There are two ways to attack this: We can be market-responsive with milk production on the farm or we can go to the other end after it has been manufactured and sitting in storage, and the inventory is rising to the point where it is beginning to depress the price of milk paid to me (the producer). We could go in with dollars that we have set aside and saved, and we can remove that inventory, to help maintain a viable, profitable price for producers.”

Further describing the scenario, Van Nortwick said, “We have prevented milk from spilling on the floor because dumping is not a solution, it is a lose-lose plan. Get it manufactured and be ready on the other end.”

“Food insecurity is kind of the new insecurity,” he declared. “There are 49 million people in America who are underserved and have food deficiencies in their lives all the time.”

“What are we doing about it?” asked Van Nortwick. Feeding America, food banks and churches across this country have the infrastructure not only to take it in and house it, but also to immediately distribute it. Feeding America, a network of food banks, is leading the fight against hunger in communities nationwide and serves 46.5 million Americans in need.

Van Nortwick went on, “There is a sign on a little church in our neck of the woods, ‘Free Food-Saturday.’ So apparently, they are going to have a free distribution of food. That infrastructure is already in place! Give them the commodities they need to feed the 49 million people. Have it removed [from the market supply]. We will pay for it and donate it to them. They pick it up. They’ll even transport it. They will pay to move the products where they need to be distributed to the people who need the food.”

Feeding America is onboard and wants to do it, according to Van Nortwick. “Our people have met with their people who said they can take all that we can provide.”

Readers can learn more about Dairy Pricing and the goal of becoming more Market Responsive with their milk production on the farm by visiting www.dairypricing.org or www.my-dairyman.com.