India is Top Export Destination for Almonds, Worth $650 Million Annually

Representative Josh Harder (CA-10) released the following statement after India imposed retaliatory tariffs up to 70 percent on American products, including almonds. Rep. Harder’s district is one of the largest producers of almonds in the country, and India is the top export destination for the product.

“This trade war has to end. The president is shooting from the hip on his trade policy and it’s Central Valley almond farmers that are left holding the bag. India is our top export partner and we just can’t afford to take this hit. I’m going to continue pushing the administration and the USDA to stop this devastating cycle of retaliatory tariffs. We need to be supporting our farmers, not cutting off our markets and depressing our economy.” 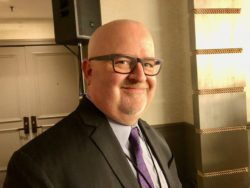 The ongoing threat of Chinese tariffs on American agriculture has recently been the topic of conversation for agriculturalists. With China posing a possible 25 percent tariff on U.S. soybeans back in April, it seems this conversation is here to stay. The added tariff could drive Chinese buyers to choose other markets on many California commodities, including walnuts, tree fruit and beef.

Lantz explained that this new threat is a major concern for California agriculture.

“China is an incredibly important market for California fruit and vegetable exploiters, and any tariff or increased inspection makes it more difficult to export,” he said.

Making matters worse, Lantz pointed out that buyers are going to turn to the countries without the tariff—which can be bad news for producers.

California growers are on edge due to newly imposed tariffs that could cause the state’s agriculture to suffer. After China recently retaliated against the United States’s steel and aluminum tariff by pushing its own on U.S. imports, they have good reason to be worried. California Ag Today recently spoke to Shannon Douglass, first vice president of the California Farm Bureau Federation, who is heavily involved in this conversation.

“No matter what you’re growing, so much of our products are exported, and so it’s a really vital concern to many of our farmers,” Douglass said.

She explained that it isn’t just a concern for those involved with fresh produce—which might be the first affected—but also any farmer who depends on sales to foreign markets.

One of the biggest concerns is losing the progress made in growing the foreign market, but Douglass seemed hopeful as CFBF has continued working with those driving legislation,

“We certainly don’t want to lose that ground that we worked so hard to develop,” she said.

Agriculture has always been a winner in the trade arena, and although the climate of foreign markets may be uneasy, Douglass and the California Farm Bureau Federation are continuing the conversation to make progress toward a hopeful future for all farmers.

Trade to China is so important to California, and for that reason, the 15 percent added Chinese tariff on ag products is devastating. It’s due to the retaliation of the Trump administration tariff, which he put on steel and aluminum exported by China.

It’s worrisome for growers such as Jeff Colombini, the president of Lodi Farming, with partners that grow cherries, apples, walnuts, and olives. He noted that apples and walnuts are an essential crop to China and he’s concerned.

“Trade is significant to the apple crop for California apples, but particularly for Washington state. Apples in Washington state is the largest producer of apples. They export greater than 25 percent of their crop,” Colombini said.

“Both China and Mexico take apple varieties that have fallen out of favor for U.S. consumers. So really, it’s a match made in heaven,” he said.

Colombini said growers have made decisions over the last 10 to 15 years on planting orchards based on these growing export markets.

“Then when the markets slam shut, what do we do with all this excess production/ This becomes disruptive to the markets … not to mention it significantly affects the farmer’s bottom line,” he explained.

Colombini said apples require a lot of labor—a big economic boost to many communities—and disruption in getting that crop to China is not good.

There’s a lot of people employed in the apple industry throughout the United States, and so a trade war can have a significant impact on many thousands of families.

Colombini said it took many years to get that China market open, and when it finally got opened in 2015, it has grown to be their sixth largest export market.

“Similarly, the export disruptions for walnuts is extremely concerning to that industry,” he said.

While the proposed 15% Chinese tariff increase will affect all fruits, nuts and vegetables shipped to China, California Citrus Mutual (CCM) President Joel Nelsen issued the following statement regarding the tariff increase on  California citrus as a retaliatory counter to President Donald Trump’s new tariffs on steel and aluminum:

The decision by the Chinese government to levy exorbitant tariff increases on U.S. produce will surely have a direct impact on California citrus producers. Maintaining access to foreign markets and having the ability to compete in a global market place are critical to the success of the citrus industry.

The retaliatory tariffs imposed by China hinders our ability to be competitive by increasing costs for Chinese consumers, an important market for California citrus. Family farmers in our industry will suffer from the economic fallout unless we can find alternative markets for California’s While our Administration focuses on those business sectors requiring attention, the Chinese Administration has chosen to expand the discussion to include the agricultural industry. In fact, the Chinese indicated last week in a statement that constructive talks could alleviate the real issues, yet insufficient time was given to accomplish that objective. Now Chinese consumers and California citrus producers are innocent parties to a trade debate.

Nelsen, CCM Executive Vice President Casey Creamer, and Board Chairman Curt Holmes have traveled to Washington, D.C. recently for meetings with Congress and the Administration regarding trade and other important issues affecting the California citrus industry.