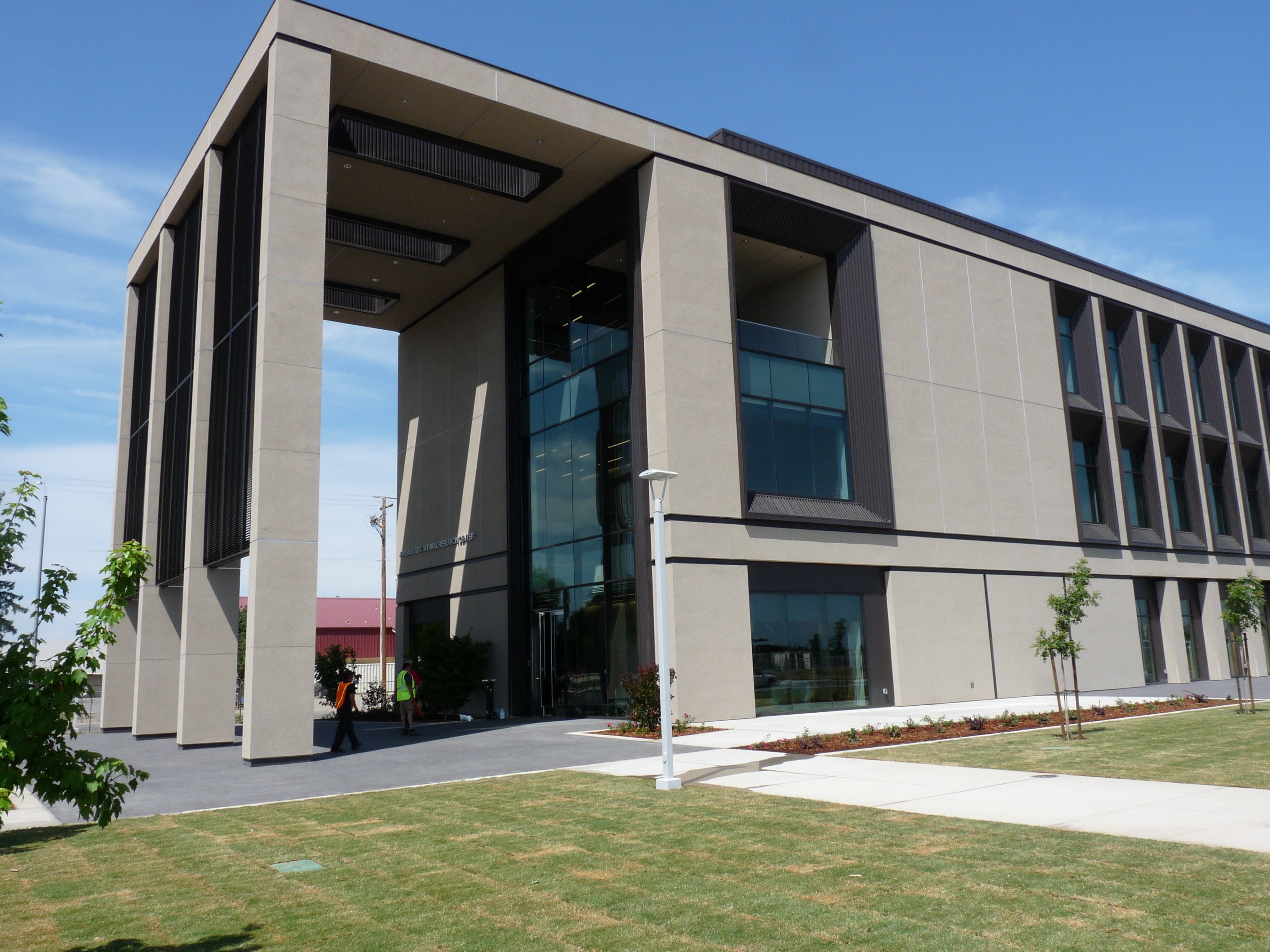 California State University, Fresno (Fresno State) is on the leading edge of new opportunities with the opening of the new Jordan Agricultural Research Center (Center) at 9 a.m. Friday, May 13, 2016. The new Center, is the first of its kind in the California State University system,” said Fresno State president Joseph Castro, “and is going to transform research in agriculture throughout the Valley and beyond.”

“The Research Center is a completely privately-funded building,” said Castro. Fresno State reported the $29.4 million project was funded by the Jordan family, who will be in attendance at the building’s opening, among many other friends of Fresno State who helped to get the building off the ground.

Castro shared that some will not be at the ceremony. “Unfortunately we just lost Dee Jordan,” he said, “so she won’t be with us in person; but we know she’ll be there in spirit, and her whole family will be there. The same goes for our alumnus, Harry Moordigian, who passed away recently. He’ll also be there in spirit.”

Construction on the new building broke ground on Friday, June 13, 2014, and will open for student use in just under two years.

The Jordan Agricultural Research Center came about as part of the 2014 recommendations from the Fresno State President’s Commission on the Future of Agriculture, whose members were appointed by Castro on his one-hundredth day in office back in 2013.

Castro summed up the Commission’s recommendations as “right,” and they are being implemented. “We really have a roadmap now to be a much more visible, stronger, more vibrant college of agriculture,” Castro said.

Castro said Fresno State has also hired new faculty and staff to further improve Jordan College of Agricultural Sciences and Technology (Jordan College). “We have a whole new group of advisors,” Castro said, “and now we have someone who wakes up every day thinking about how to place our students in internships and jobs.”

“We’re getting stronger every single day in better serving our students,” Castro said. “I’m just really excited about the future.”