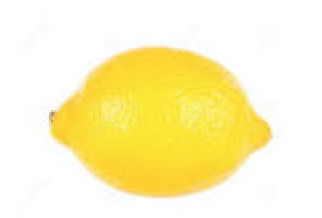 A catchy brand can make or break a product, and the agriculture industry has begun to take note. David Krause, president of Wonderful Citrus, said their own successful branding—especially their Halos mandarins—is attributable to a variety of factors.

“We have an internal creative team that handles all of the design work and advertising,” Krause said. “Couple that with some very good consumer-based activities, significant funding in telling that message, and a good product that is satisfying to the consumer, and you have a complete, effective program.”

Aside from branding, Krause said Wonderful Citrus continuously looks for new crop varieties that will excite consumers in the future. Introducing new products is part of the company’s strategy to stay ahead of competition as well as increase their consumer base.

Wonderful’s newest discovery, seedless lemons, were found in another country,” Krause explained. “We have the exclusive rights to a few varieties, and at this point, we are growing trees in our nurseries,” said Krause. “ We’ll start marketing the product in the U.S. market within the next five to six years.”

Overall, Krause reports increased profits for many products. “I would argue demand and supply for many California crops seem to be in balance; that is, they are driving good returns for growers in spite of all the challenges that we face.”

The Wonderful Company is the parent company of:

Well-known brands from The Wonderful Company are:

The company announced its name change to The Wonderful Company from Roll Global on June 1, 2015. This strategic move aligns the company’s long-standing passion for harvesting healthy and nutritious foods with its domestic and global consumers, as well as integrates its farming and distribution methods. The company grows, harvests, packages and delivers its produce to retail stores in a vertical structure to maintain high quality standards.

A court ruling issued Wednesday could throw obstacles to the operation of a Kern County groundwater bank that has helped billionaire Stewart Resnick build a nut empire in the southern San Joaquin Valley.

In the latest development in a two-decade legal fight, a Sacramento County Superior Court judge found that the state Department of Water Resources didn’t properly analyze the environmental impacts of the Kern Water Bank, which is partly controlled by Resnick’s Paramount Farms enterprise.

Judge Timothy Frawley will hold a hearing to determine the next step in the case. Environmental groups intend to argue that the water bank should be shut down while the state prepares a new environmental report.

“These guys have spent 16 years avoiding this moment. It’s always been a possibility that a court would come in and shut it down,” said Adam Keats, an attorney with the Center for Biological Diversity, which represented plaintiffs in one of two related lawsuits that Frawley decided.

Representatives of Resnick and his wife, Lynda, who also own Fiji Water and POM Wonderful pomegranate juice, referred requests for comment to the water bank, whose attorney could not be reached.

The legal challenges sought to undo changes to the State Water Project that were made as part of a 1994 deal, known as the Monterey Agreement, between the Department of Water Resources and agencies supplied by the project. An earlier round of lawsuits forced the state to issue a new environmental review of the pact, which opponents argued was again insufficient.

Frawley ruled against them on all but one issue involving the water bank.

On that count, the judge concluded that the state’s environmental report failed to adequately assess the effects of the bank’s operation, particularly on groundwater and water quality.

Some neighboring water districts and environmental groups contend that the bank — originally developed by the state, but later ceded to private control — is harming the aquifer.

They also argue that because the groundwater bank is replenished with supplies from the Sacramento-San Joaquin River Delta, the operation is increasing demand for water from the environmentally fragile delta.

The Monterey Agreements, made behind closed doors, were intended to settle disputes between contractors of the State Water Project, which supplies Southern California cities and some irrigation districts in the southern San Joaquin Valley.

The deal has been controversial since its inception and opponents have spent years trying to overturn its provisions.

In his decision, Frawley rejected most of their most recent claims, finding that except for the water bank, the state’s review met legal requirements.

Next, he has to decide what happens to the bank while the state launches yet another environmental evaluation. “That’s the big question we’re all going to be fighting over,” Keats said.

Paramount Farms is the world’s largest grower and processor of almonds and pistachios; in tandem with their Grower Partners, they farm 125,000 acres that deliver 450 million pounds of nuts.