California Ag Today recently spoke with doctoral student Maureen Page of the Neal William’s lab at UC Davis, Department of Entomology and Nematology. She is the recipient of a prestigious three-year fellowship for promoting food security by optimizing wildflower planting. She supports the wild and bee management. We asked her about the flowers that she plans on planting to help those bees.

“I do believe that in general, flowers are really important for bees. Planting flowers are generally good for them,” she said.

Although planting is good for the bees, there are some precautions that need to be made.

“Some flowers can be somewhat toxic to bees. Some do not actually provide bees with pollen and nectar resources,” Page said.

There are many ornamental plants that are bred to not have much pollen so that people do not sneeze as much.

“On top of that, if you are planting non-native species that are really weedy, it may be great for the bees, but might not be great for other plant species,” Page said. 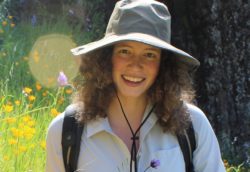 Fellowship Comes From the Department of Defense

Doctoral student Maureen Page of the Neal Williams lab at the UC Davis Department of Entomology and Nematology is the recipient of a prestigious three-year fellowship, a National Defense Science and Engineering Graduate Fellowship for her research proposal: Promoting Food Security by Optimizing Wildflower Plantings to Support Wild and Managed Bees.

Page, a pollination ecologists, was one of 69 awardees selected from more than 3,600 applicants. The Department of Defense funds her fellowship.

“Most people probably are aware that both managed honeybees and many of the wild native species that we have in California as well as in the U.S. have major stressors that are contributing to declines in their populations,” Page said.

And of course, the bee populations suffer when there’s a lack of floral resources to pollinate. “Especially when crops are not in bloom and bees need pollen and nectar to survive. And so without enough resources, it can have dramatic declines in bee populations,” she said. 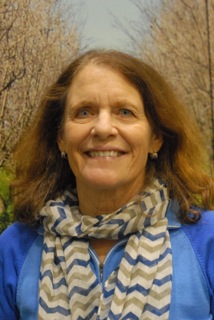 Christi Heintz, executive director for Project Apis m. (PAm), elaborated on the message she presented at the annual Almond Conference last month in Sacramento, “Our purpose at the Almond Industry Conference was to meet growers and talk to them about planting additional forage before and after almond pollination. These are times of dearth when honey bees are not getting the nutrition they need and beekeepers have to feed tremendous amounts of sugar syrup or high-fructose corn syrup to keep the bees alive,” Heintz said.

Established as a non-profit organization in 2006, PAm has the goal of funding and directing research to enhance the health and vitality of honey bee colonies while improving crop production. Heintz explained PAm.—named after Apis mellifera, the scientific name for the European honey bee—offers farmers free mustard mix for pre-almond bloom or clover mix for post-almond bloom to extend the season of nutrition availability for bees when they are most vulnerable. The increase in forage also benefits bees by providing additional natural and more diverse sources of nutrition resulting in better pollination and increased crop yields.

Heintz wants more growers to take part in the program. She reemphasized, “Honey bees love almonds, but we worry about those times just before and just after bloom. If you can get something going before bloom, you’ll get bee colonies that want to go out and forage for pollen, and they will be in great shape for almond pollination,”Heintz said.

Heintz enthusiastically urges growers to get involved by contacting PAm at ProjectApis@gmail.com and ask about forage seed mix to plant for honeybees. Growers can also go to the Project Apis m. website and to their web page For the Almond Grower.

Heintz has managed research, including pollination research since 1979, and has focused on honey bees since 2006. She also manages the Environmental Sustainability Program and production research for the Almond Board of California.