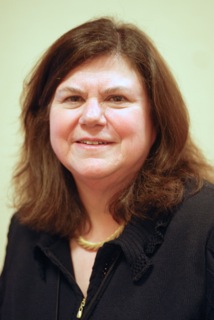 Lois Rossi, who signed off on nearly all crop protection products at the United States Environmental Protection Agency (EPA) for nearly 37 years, spoke to attendees at the recent Maximum Residue Levels (MRL) Harmonization Workshop in San Francisco. Rossi gave her thoughts on the need for MRL harmonization throughout the world.

Rossi was responsible not only for the registration of all conventional pesticides but also for the re-evaluation of approximately 400 active ingredients. Since 2004, she served on the Codex Committee on Pesticide Residues (CCPR) and was a member of the US delegation to the Organization for Economic Cooperation and Development (OECD) Working Group on Pesticides and the Registration Steering group.

“There are process challenges from Korea, Taiwan, the EU, and Japan,” said Rossi, adding some are so difficult that not much can be done because of policy and regulation challenges. “Of course,” she explained, “I will suggest some harmonization opportunities, of which there are a plethora, and there is even a new one now with the Crop Group MRL. Just as you think you nailed that MRL calculator, somebody comes up with a different way,” she noted.

Rossi said at some point the industry needs to figure out how to tackle more of its impediments. “We have tackled some, but I don’t think everyone is there yet.” Rossi suggests information is probably the hardest hurdle to manage because there are so many foreign journals and varieties of global websites. “Like I said,” she explained, “the global MRL database has certainly been a lifesaver for many of us. But to keep up with regulations and procedures from countries to which our growers export commodities is somewhat of a full-time job for many, let alone those whose livelihoods depend on exports or who are dealing with MRLs.”

Determining and understanding different data requirements are also challenging. Rossi noted registrants struggle to determine not only how many field trials a particular country requires, but whether they can be conducted within or outside of the country. Some countries require six, some four. Some regulations vary if it’s a minor crop or a major crop. Rossi said keeping up with these requirements, updated testing methods, NGOs doing their own testing, as well as improved technologies that measure smaller amounts of residues is difficult. So, going to one place to figure it all out would be great.

“And then there is the wonderful world of Codex*, particularly with its capacity limitations. Rossi believes the Codex process has improved, but not its capacity. “That’s pretty much as old as Codex is,” she said.

“Some countries have default MRLs that differ, and some have private standards, which will take hold if the public loses confidence in the public standards and the national processes,” Rossi said. “So countries are establishing their own MRLs because of public pressure; consumers want safe food and they want their government to guarantee them safe food. If that confidence is lost, you will probably still have standards, but you will probably have less control because you are going to have private standards.”

*”The Codex Alimentarius or “Food Code” was established by FAO and the World Health Organization in 1963 to develop harmonized international food standards, which protect consumer health and promote fair practices in food trade.”  Source: C O D E X  A L I M E N T A R I U S, http://www.codexalimentarius.org/)