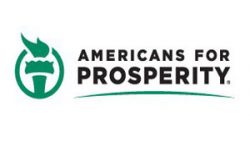 Use Buzzwords to Convey Positive View of Agriculture

While it may not always seem that consumers view agriculture favorably, David Spady, Americans for Prosperity of California state director, said agriculture is actually viewed positively, as demonstrated through the “So God Made a Farmer” Ram 2013 Super Bowl ad, an extended version of the “So God Made a Farmer” video based on the speech authored and narrated by legendary radio broadcaster Paul Harvey and produced by the truck manufacturer to commemorate Ram’s “Year of the Farmer.” Spady also included FarmersOnly, the online dating site, as portraying a positive view of agriculture, among other programs and outreach.

“How you present farming to the public is very important,” Spady said, “ to make sure you’re hitting those values that people do see in farming.”

Spady suggested one way farmers can maintain the value placed on agriculture is by using the buzzwords that anti-agricultural groups have used against agriculture—in favor of agriculture. “Sustainability has become a very common buzzword,” Spady said, “but it’s very important to project [sustainability] with the idea of farming because farming is sustainable—sustainable for not just our food production but also for the environment,” he affirmed.

“[Farmers] are really growing large-scale gardens, not just planting rows of crops. But, ultimately, that’s what people are doing even in their backyards. So, giving people an image they can relate to that has a values-connection is a really important message for projecting who farmers are.”

The mission Americans for Prosperity (AFP) California, as reported on their website, is: