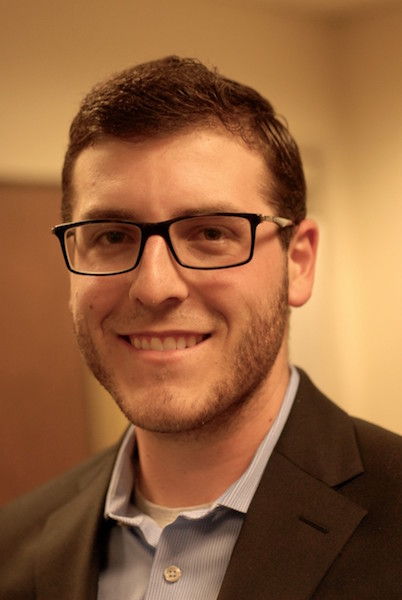 “Nick has made it his mission to educate the ag community and the public about the growing spotlight on the importance of animal welfare,” said California Assemblyman Jim Patterson, who honored the Fresno State students, along with Sandra Witte, dean of the Jordan College of Agricultural Sciences and Technology at Fresno State and Lawrence Salinas, Fresno State’s executive director of government relations.

“Nick says his greatest achievement at Fresno State was starting the Animal Welfare Club,” said Patterson. “The club has made a great impact on his fellow students by giving them the facts and skills to teach each other about the focus on the health and welfare of animals in production agriculture.”

As the club’s founder and president, Wolfenden started a movement to get donations to update Fresno State’s school farm so the animal welfare practices used by students would reflect the visions, values and beliefs of Fresno State. These changes have benefited both the animals and the students who care for them.

For a broader perspective, Wolfenden interned with the American Humane Association and became a key player in their Farm Animal Welfare Program. His drive and his passion have been noticed by several organizations and companies across the country who would like him to oversee their divisions.

“In 2015, Nick was honored as both the Outstanding Poultry Science Student and Outstanding Equine Science Student at Fresno State, given by the faculty to the animal science department students who make an impact in their field,” noted Patterson. “He also is an advisor to the Poultry Science Club, member and student advisor to the Equine Science Club, and has been the Future Farmers of America (FFA) Field Day Contest chair in both equine and poultry.”

Wolfenden believes he has the drive and determination to continue to make a significant difference in the lives of farm animals and in the industry that raises them and brings them to market. And he wasted no time in getting a good job offer from Tyson Foods at their global headquarters in Springdale, AR, to begin after graduation. “I’ll be working in their sustainability department helping to oversee their animal welfare division,” Wolfenden said.

“I think every farmer and rancher has to be passionate about their animals’ welfare,” said the senior. “We are making huge steps and big leaps in improving animal welfare and we see that across all industries,” he noted.